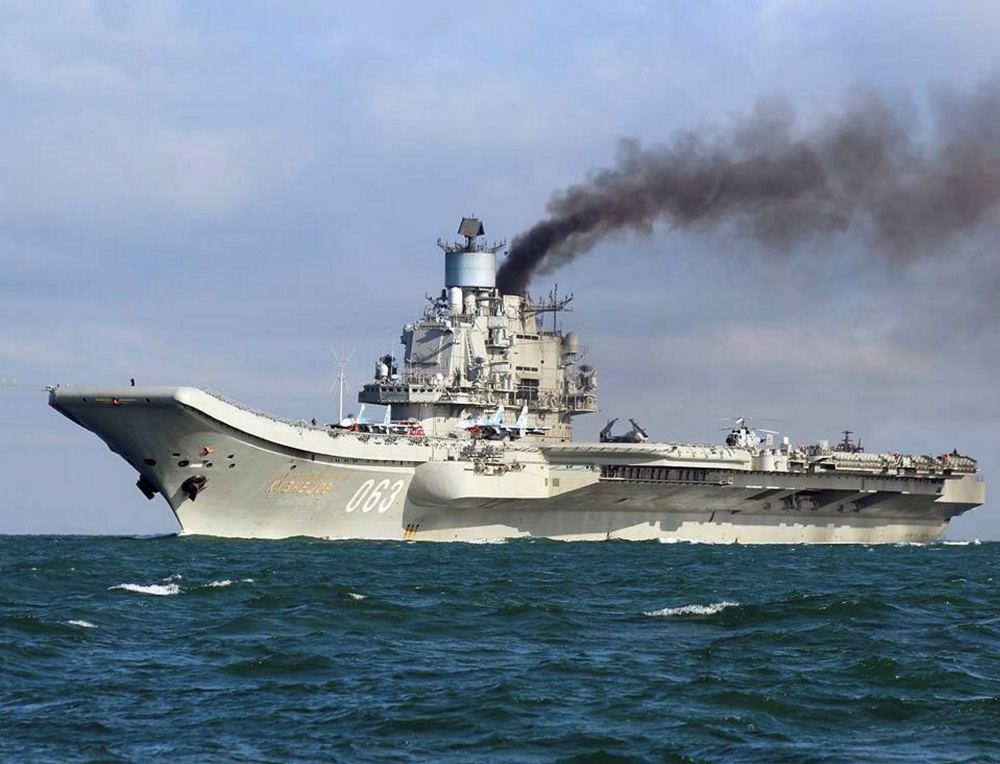 Russia's recent request for its warships to be refueled in Spain has caused a diplomatic row between NATO allies as tensions between the Kremlin and NATO intensify over the Baltic region, the Black Sea and Syria's Aleppo

With Russian warships heading into the eastern Mediterranean, already-deteriorated relations between NATO and Russia have taken a nosedive once again since Russia reinforced its Baltic Fleet in Kaliningrad with two small warships, armed with long-range cruise missiles in a counter-response to NATO build-up in the region, according to a report by Russian daily Izvestia yesterday.

The reported military deployment in Baltic region comes at a time when NATO is planning its biggest military build-up on Russia's borders since the Cold War to counter Moscow and Russian military analysts said the move looked like a direct response to NATO.

Russia withdrew its request to refuel in Spain a fleet of Russian warships, amid pressure from Britain and NATO who raised concerns that the ships could be used to ramp up air attacks in Syria. The Russian aircraft carrier Admiral Kuznetsov and a task group of support vessels have steamed through the North Sea and English Channel in recent days heading to the Mediterranean Sea. Britain piled diplomatic pressure on NATO ally Spain earlier Wednesday, expressing concern that Madrid was considering refueling the warships.

NATO Chief Jens Stoltenberg said he was concerned that the Spanish exclave of Ceuta, which lies on the Moroccan Mediterranean coast, could play a role in "exacerbating the humanitarian catastrophe we are already seeing in Aleppo and Syria as a whole." As Washington's envoy to NATO said Russia was within its right to move vessels through international waters, U.S. Ambassador Douglas Lute raised concerns that the aircraft carrier would be used to contribute to the bombing of civilian targets around Aleppo.

The Russian Defense Ministry said earlier this month that the two ships had left their Black Sea naval base to join Russia's naval force in the Mediterranean. The Buyan-class corvettes are armed with nuclear-capable Kalibr cruise missiles, known by the NATO codename Sizzler, which the Russian military says have a range of at least 1,500 kilometers (932.06 miles). Though variants of the missile are capable of carrying nuclear warheads, the ships are believed to be carrying conventional warheads. Sweden's defense minister also raised concerns, saying that his country is worried by the presence of the warships in the Baltic Sea, complaining that the move will likely keep regional tensions running high.

Russia criticized plans to deploy more than 300 American troops to Norway, saying it would do nothing to make northern Europe safer. Norway announced Monday that 330 U.S. Marines, to be stationed on rotation about 1,000 kilometers (600 miles) from the Russian border, will be engaged in training and maneuvers from January 2017. The announcement comes against a backdrop of increasing tensions between Russia and the West over the conflicts in Ukraine and Syria, although Norway itself enjoys good relations with the Kremlin.
RELATED TOPICS