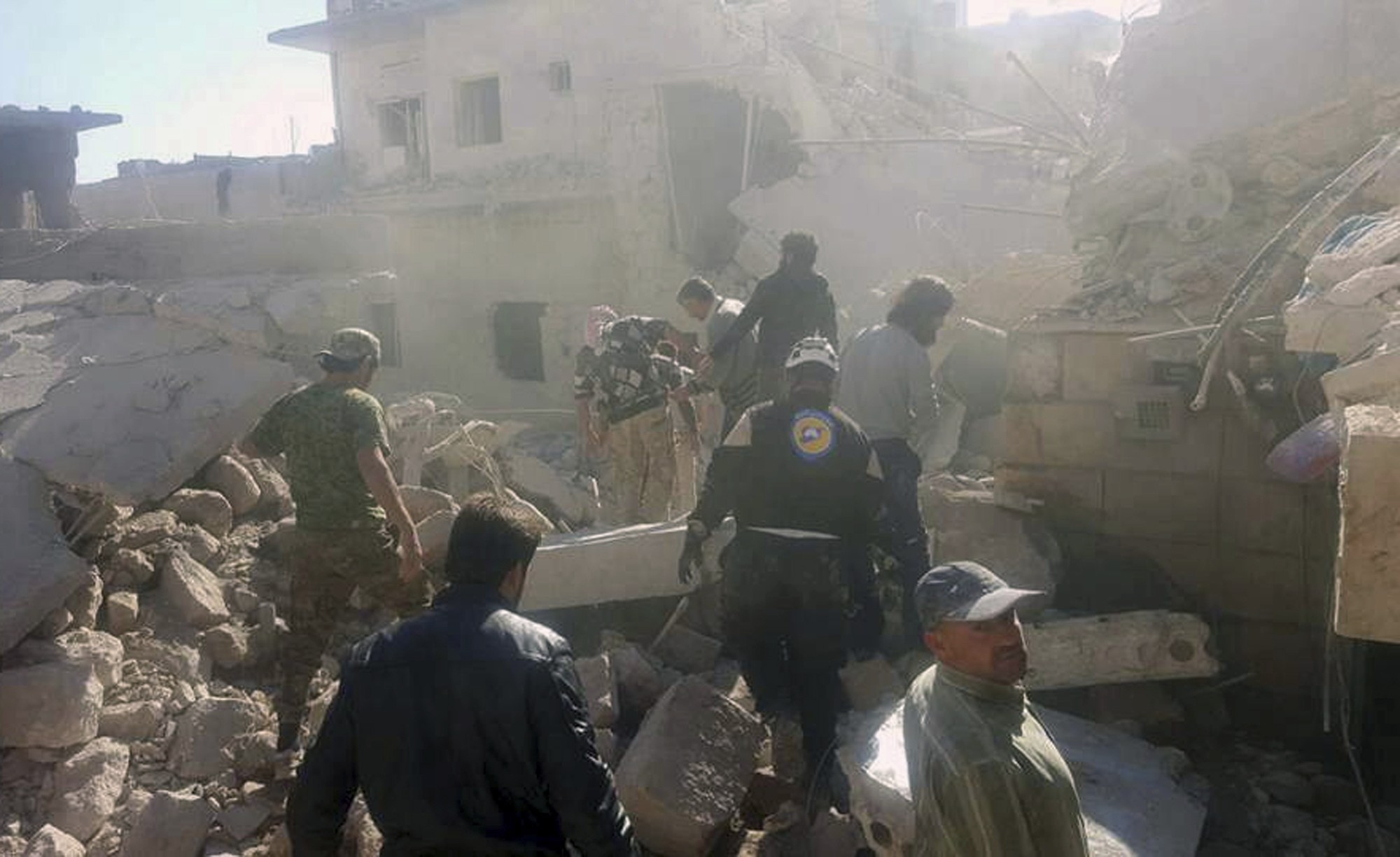 At least 11 civilians were killed and another 25 injured by a Russian airstrike Saturday in Syria's northwestern Aleppo province, a local civil defense official told Anadolu Agency.

"Civil defense teams found a number of dead bodies and rescued people under the rubble of collapsed buildings in Ibbin Village where Russian warplanes struck with parachute bombs," Ahmed said.

"Several structures were destroyed or damaged in the airstrikes in Atarib and Darat Izzah towns," he added.

The airstrike came a day after Russia's humanitarian pause in attacks on Aleppo to prevent casualties and allow much-needed aid into the area.

Syria has been locked in a vicious civil war since early 2011, when the Bashar Assad regime cracked down on pro-democracy protests -- which erupted as part of the "Arab Spring" uprisings -- with unexpected ferocity.

However, the Syrian Center for Policy Research, a Beirut-based nongovernmental organization, puts the death toll from the five-year conflict at more than 470,000.

For the past year, Russia -- citing the need to combat "terrorism" and support for the embattled Assad regime -- has carried out numerous airstrikes in opposition-held parts of Aleppo, which have led to the death and injury of hundreds of the city's civilian inhabitants.