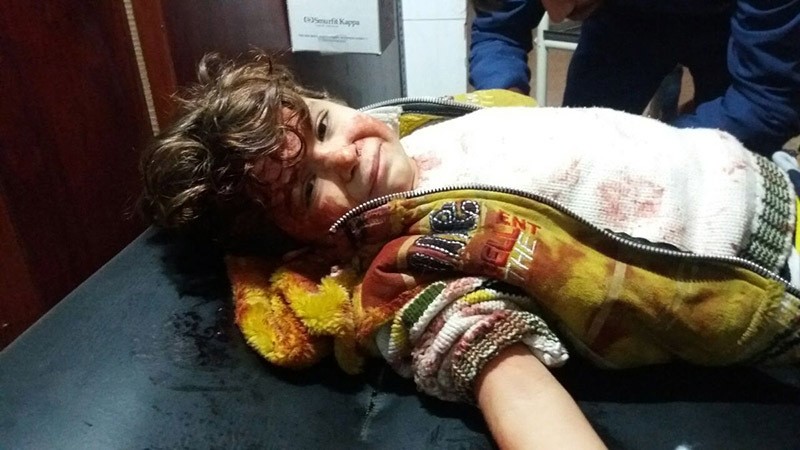 Injured child after Syrian government shelling that hit kindergarten.
by Nov 06, 2016 12:00 am

At least six children were killed on Sunday in Syrian regime shelling that hit a kindergarten in the rebel-held town of Harasta outside the capital Damascus, a monitor said.

The Britain-based Syrian Observatory for Human Rights monitor said 17 people, most of them children, were also injured in the shelling.

An AFP photographer saw the body of one child, a girl, lying on a bed at a makeshift hospital, her face bloodied and her clothes torn.

At the kindergarten, smears of blood were left on the tiled floor, underneath a small red slide propped against a wall painted with children's drawings.

Harasta is in the rebel stronghold of Eastern Ghouta, outside Damascus, a region that is regularly targeted by government air strikes and shelling.

More than 300,000 people have been killed in Syria since the conflict began in March 2011 with anti-government protests.