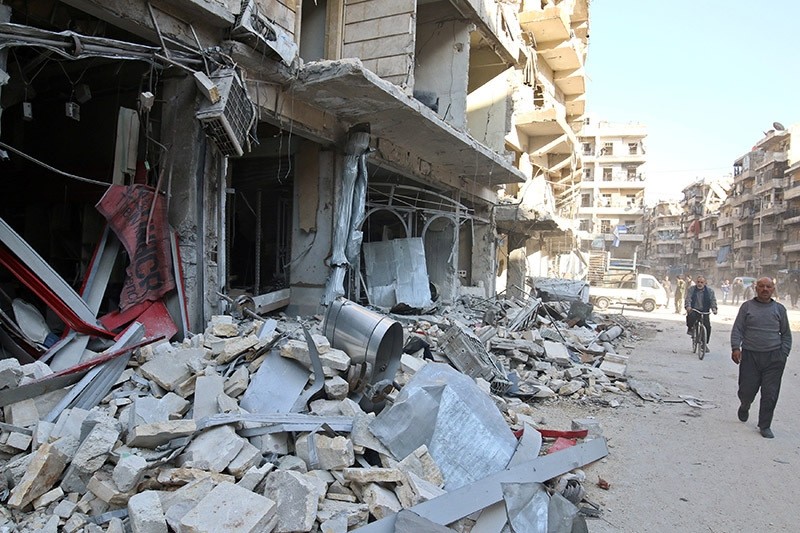 Germany says Russia and Iran are partly responsible for the suffering of hundreds of thousands of people besieged by Syrian government forces in Aleppo.

German government spokesman Steffen Seibert says the forces of Syrian President Bashar Assad wouldn't be able to continue pounding the city without the help of its foreign allies.

Seibert told reporters in Berlin on Monday that "it's obviously the Russian and Iranian support for the Syrian regime which has caused a dramatic worsening of the situation for the population."

He acknowledged that Germany has few options other than to keep raising the issue in public.

Asked whether Germany would consider seeking sanctions against Russia and Iran over their actions in Syria, Seibert said that "all options must remain on the table."

Assad's siege of Aleppo has left an estimated 275,000 people trapped with no aid allowed in since July, amid a punishing bombing campaign.