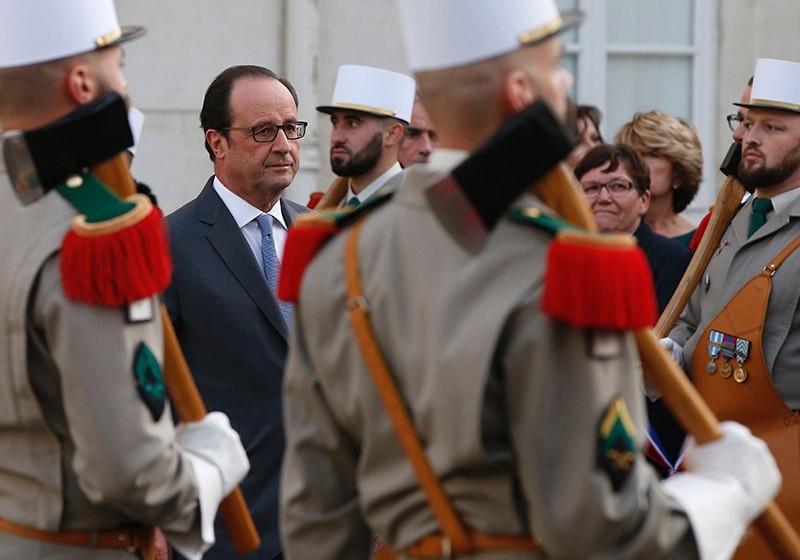 The Paris prosecutor's office said on Monday it had opened an investigation into whether documents left lying on President François Hollande's desk in front of reporters constituted a breach of national security.

The inquiry could be embarrassing for Hollande, days before he is expected to announce whether he will run for a second term in next spring's presidential election. It relates to an article published in Le Monde newspaper on Aug. 24, 2016, in which two reporters recall a meeting with Hollande three years earlier, as he waited for U.S. President Barack Obama to decide whether to launch air strikes in Syria against Assad regime following the Ghouta chemical attack that occured on Aug. 21, 2013, which left more than 300 dead.

The article later appeared in a book by the reporters, covering the period April 2012 to July 2016, when they met Hollande some 60 times. They describe being in his office with files and documents stamped "classified" lying on his desk. "Hollande consults one (document) in particular. We acquired a copy. Written the day before, Aug. 29, by his chief of staff. It details the timeline of the (French) raid. It's the vade-mecum of the French intervention," the article states.

The reporters did not say how they obtained the copy. They also publish extracts of the document in question detailing the operation that would have seen Rafale fighter jets from the French base in Abu Dhabi launching five Scalp missiles on Syrian bases if Hollande had given his go-ahead.

The operation never went ahead as Obama eventually decided not to launch strikes. The official at the prosecutor's office said the Ministry of Defence had been asked to confirm that the documents were classified and to check the extent to which they compromised national security.

The president's office declined to comment. The investigation comes after opposition conservative lawmakers earlier this month started a process to activate Article 68 of the constitution, potentially allowing parliament to impeach the president, following other revelations in the same book, "A President Shouldn't Say That".

The authors quoted Hollande as saying in October 2015 that he had authorised four targeted killings. He appeared to backtrack a month later by saying formal clearance was not given in such cases, but only suggestions to go ahead with a hit.

Parliamentary party leaders are due to decide on whether to continue the process on Wednesday, although it is not expected to go much further. Government spokesman Stephane Le Foll, a key Hollande ally, has previously said neither incident breached national security.