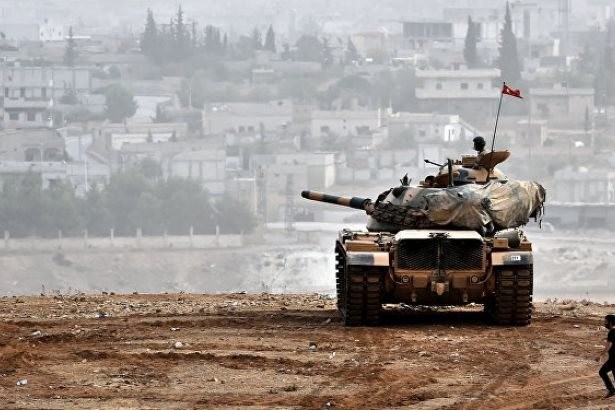 The Turkish military said on Thursday that Daesh has been using civilians as human shields in Syria's al-Bab, complicating the ongoing operations to cleanse the town from extremists.

According to a statement released by the army, airstrikes and ground operations against designated Daesh targets have been halted as terrorists are going undercover among civilians as well as using them as human shields.

The extremists, who have suffered a string of losses in Syria and Iraq, have often used civilians as human shields in Manjib, Raqqa, Falluja and many other areas when under pressure to relinquish territory they hold.

Daesh has also staged mass kidnappings, booby-trapped cars and has carried out suicide bombings to slow advances by their opponents.

Having liberated Dabiq, which was a vital town for Daesh militants, Turkey-backed Free Syrian Army (FSA) fighters have set their sights on al-Bab.

As Ankara wants to establish a 5,000-square-kilometer safe zone in Syria, to fulfill this goal, the FSA would need to liberate al-Bab, which is geo-strategically significant.

The liberation of al-Bab will dash the PKK's Syrian offshoot YPG's hopes as well of their plans to establish a corridor between its areas in Afrin and Kobani. The YPG will have connected its cantons from the west and the east if it defeats the FSA and Daesh in al-Bab.