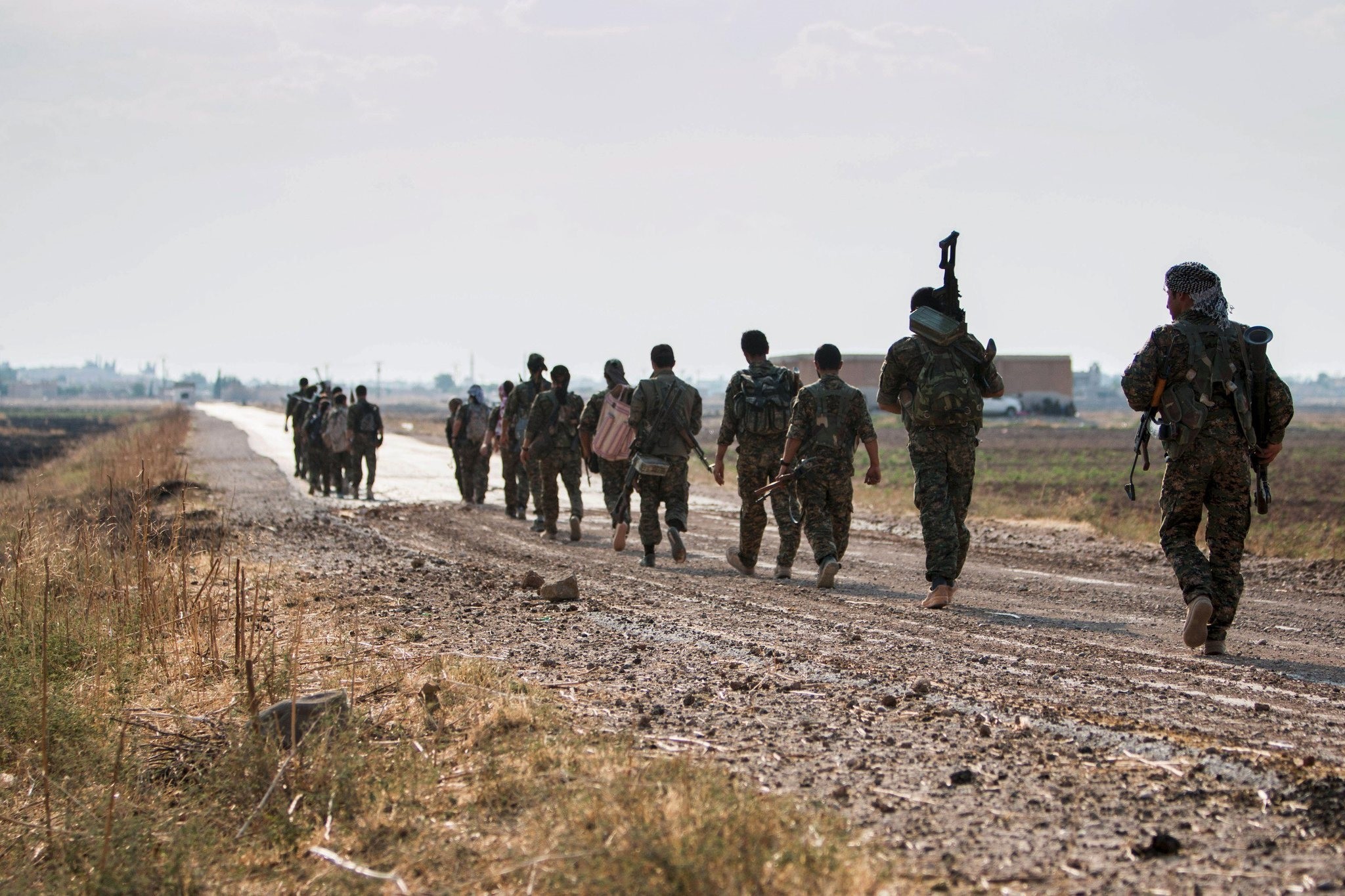 The US decided to exclude foreign fighters in Syria who were contributing to U.S. special operations "to combat terrorism in Syria" from restrictions on military assistance, a move that can deepen strain ties between Washington and Ankara

U.S. President Barack Obama has ordered a waiver for restrictions on military aid for Syrian Arab groups who are preparing for the Raqqa campaign in Syria against Daesh, an administration official said on Friday.

The White House press announced Thursday that foreign fighters in Syria who were contributing to U.S. special operations "to combat terrorism in Syria" would be excluded from restrictions on military assistance in the Arms Control Export Act. The waiver also requires U.S. Secretary of State to report to Congress on export plans with at least 15 days of notice.

"This waiver requested by the Secretary of Defense and signed by the President today enables the provision of equipment to partner forces preparing for the Raqqa campaign as we grow and strengthen numerous relationships with Counter-ISIL forces." the administration official told Daily Sabah, using a different acronym for the Daesh terrorist organization.

Previously U.S. efforts to provide ammunition and weapons to the Syrian Arab Coalition (SAC), increased tension between Washington and Ankara. Turkish officials are concerned that these weapons, like previous ones, could end up with extremist groups and be used against Turkish soldiers and civilians.

Reports have indicated that the SAC, a component of the Syrian Democratic Forces which is led by terrorist PKK's Syrian army YPG, was established to bypass Turkey's concerns on Syrian Kurdish militants. YPG officials told various media outlets in fall 2015 that they received batches of ammunition or light weapons intended for the SAC, a spokesman for the YPG terror group even said they were assigned to distribute weapons to Arab elements.

Turkey sees no difference between the terrorist group PKK and its Syrian offshoot the Democratic Union Party (PYD). It has constantly criticized the U.S.-led coalition for partnering with the PYD's armed wing, the People's Protection Units (YPG), in the fight against Daesh.

Even though the U.S. officially refused to recognize the links between the State Department-designated terror group PKK and the PYD's armed wing the YPG, U.S. Senator Lindsey Graham had pointed out to Secretary of Defence Ash Carter last April that the two groups were indeed aligned.

Carter also, for the first time, on the record said that U.S. has provided and was providing some equipments and arms to Syrian Kurdish group, contradicting repeated American statements. Yet, another U.S. official last November told Daily Sabah that U.S. has neither provided weapons nor ammunition to YPG, again differing from the Secretary Carter's September statements.

Turkish-backed Free Syrian Army (FSA) fighters and YPG-led Syrian Democratic Forces are spontaneously clashing near the Daesh-held town of Al-Bab. Turkey is trying to prevent YPG from merging its two territories on western and eastern side of Syria via a Kurdish corridor passing through Arab majority towns.

The U.S. withdrew air support from Turkey and YPG-led forces in October, calling them to focus on the mutual enemy, Daesh. The U.S.-led coalition announced this week that it is intending to host "joint-discussions" with Turkish officials and represenatives of the YPG-led SDF. A Senior Turkish official said he didn't hear anything on such a meeting.