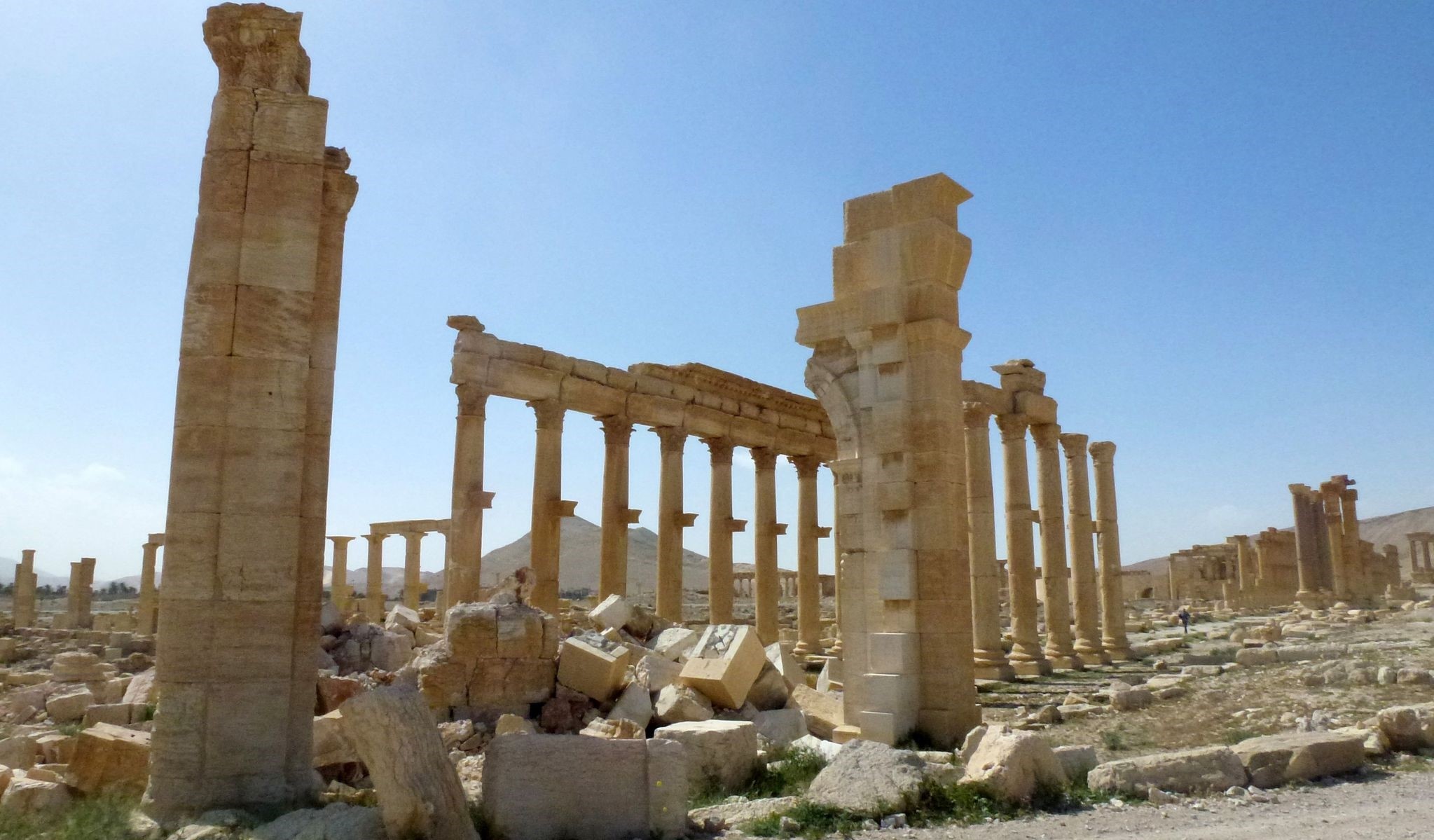 The remains of Arch of Triumph, also called the Monumental Arch of Palmyra, (AFP Photo)
by Compiled from Wire Services Dec 10, 2016 12:00 am

Syrian activists said Daesh has re-entered the historic city of Palmyra in central Syria, nine months after they were expelled by Assad regime and Russian forces in a highly publicized campaign. The terrorists withdrew from the city after heavy Russian raids, a monitoring group said early Sunday.

The activist-run Palmyra Coordination Collective reports Saturday that the militants seized the city's military warehouse and its northern and western neighborhoods after taking several government positions, oil fields, and strategic hilltops in the surrounding countryside in a lightning three-day campaign.

The militants destroyed several of the city's famed ancient Roman monuments and executed its archaeological director after sweeping into the city in July 2015 and holding it for 11 months.