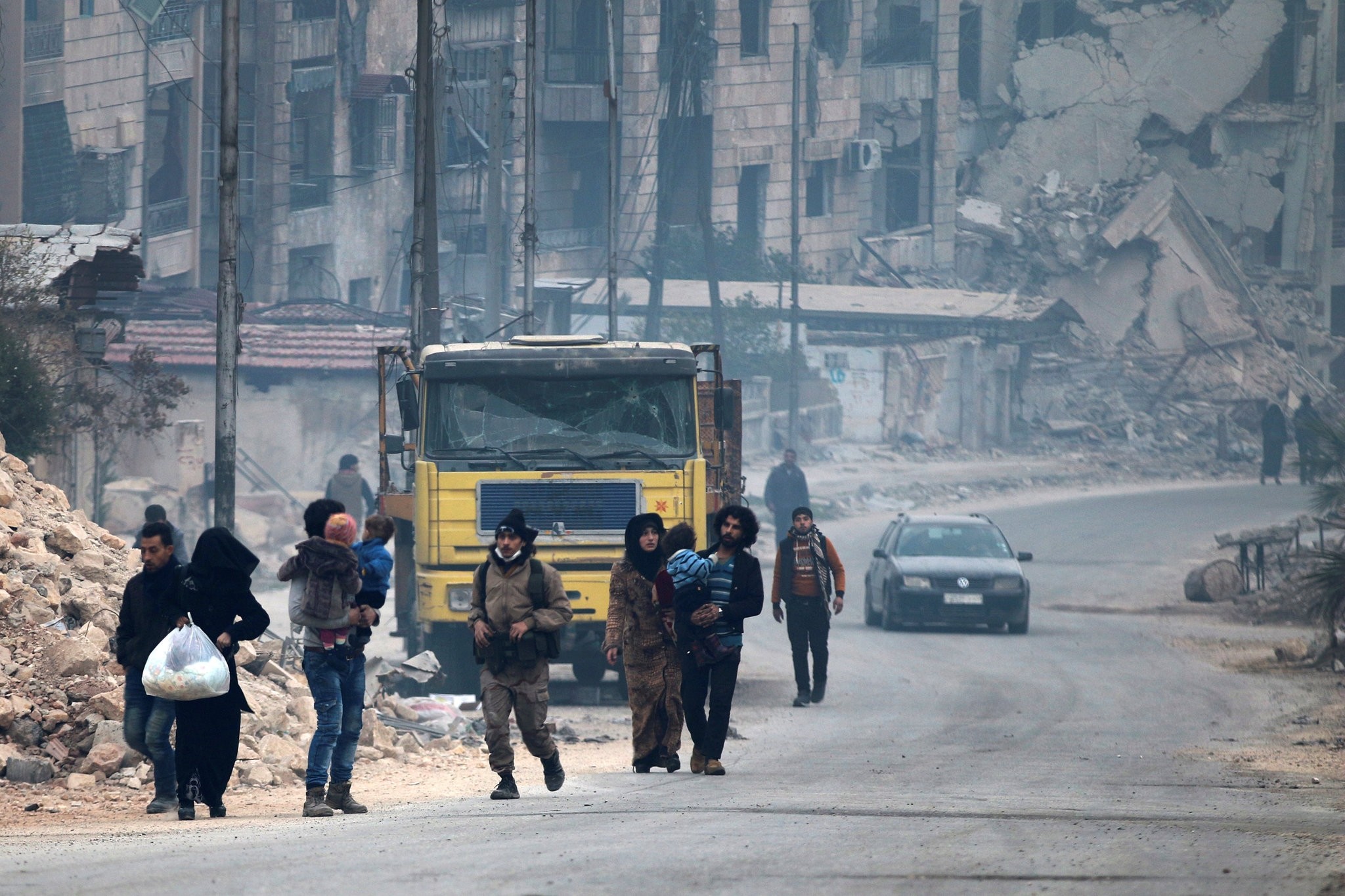 Despite Russian assertions last week that the Syrian regime would halt attacks on eastern Aleppo to allow civilians to leave besieged areas, Iran-affiliated Shia militias are hindering them from doing so, according to local sources.

Most of them have faced worsening food and water shortages since the Syrian regime captured Aleppo's Bab al-Nairab district, home to a major water supply tank, earlier this month.

"Shia militiamen from Iran and Iraq are causing significant distress to civilians," he said.

"Young men who venture into regime-held areas are forced to take up arms and sent to the frontlines to fight," Hammami asserted.

"Some 80 percent of the military operations being conducted [in and around Aleppo] are being carried out by foreign militias," he added.

"Elements from the Syrian army are very few," he said. "The regime is relying on foreign militias, of which Iran is the primary financer."

According to Hammami, Shia militias are directing civilians to vacate combat zones in Aleppo for nearby areas.

"We fear massacres could be committed in this neighborhood and in similar cases," Hammami added.

Ismail Abdullah, an Aleppo resident, told Anadolu Agency via the internet that city residents were "unable to find water to drink or food to eat, while the power supply was cut months ago".