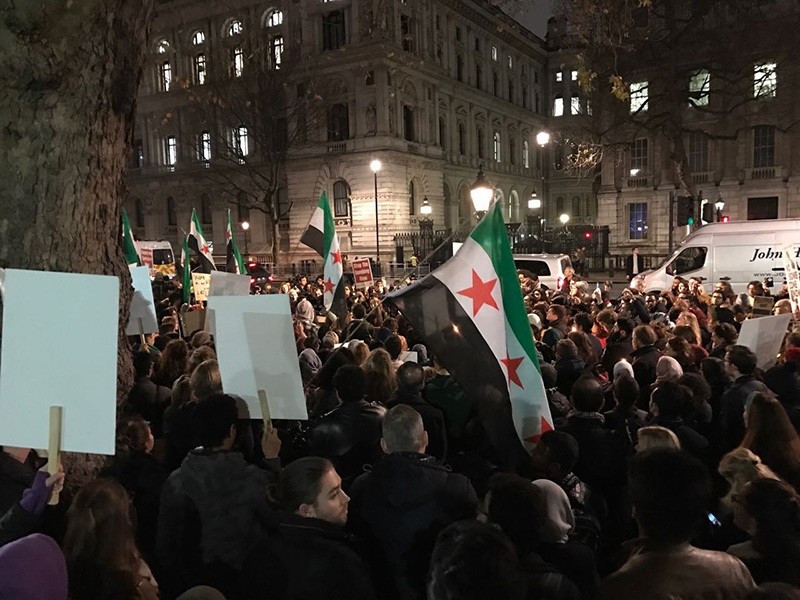 People protesting the massacre of civilians by Assad regime forces and Shiite militias in Syria's northwestern city of Aleppo, London, Dec. 13, 2016. (AA Photo)
by Daily Sabah with AA Dec 14, 2016 12:00 am

Hundreds of people gathered in London and New York late Tuesday to protest the massacre of civilians by Assad regime forces and Shiite militias in Syria's northwestern city of Aleppo.

Organized through social media, Londoners met in Downing Street to stand against the brutal killing of innocent people by regime forces and terror groups in the opposition-held part of Aleppo.

Protesters criticized British Prime Minister Theresa May for her silence over the massacre in the Syrian town and urged the British government was to send aid to the region.

Protesters shouted slogans urging the world to save the children of Aleppo, provide security for civilians and asking Assad's resignation.

A few hours after protesting in front of the parliament building, Londoners walked to the Syrian Embassy near Hyde Park.

In the second protest at the park, people continued condemning the regime, Shiite terror groups and the international coalition's indifference to the massacre. They ended their protests by praying for the innocent people.

Meanwhile, a petition was launched in the website of the British Parliament to call for the British government to send aid to the people of Aleppo.

45,650 people have signed the petition so far, and over 10,000 petitions have been submitted to the British government. The issue may be discussed in the parliament if the total number of petitions reaches 100,000. 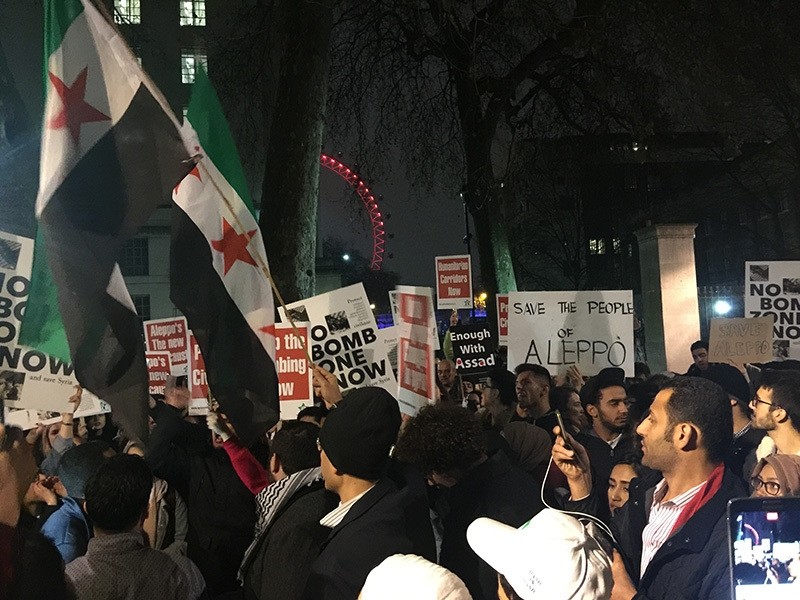 Holding candles during the march, protesters showed banners with photos of Syrians massacred by regime forces in Aleppo. They called the current situation in Aleppo "genocide"and condemned violence against civilians.

Assad regime forces and Iranian-backed militias have been carrying out executions in Aleppo, entering homes and killing some civilians "on the spot." The United Nations said that some 85 civilians were killed by regime forces on Tuesday, however, the number given by local sources is much higher.