7.500 civilians have been rescued so far from besieged Aleppo, PM Yıldırım says 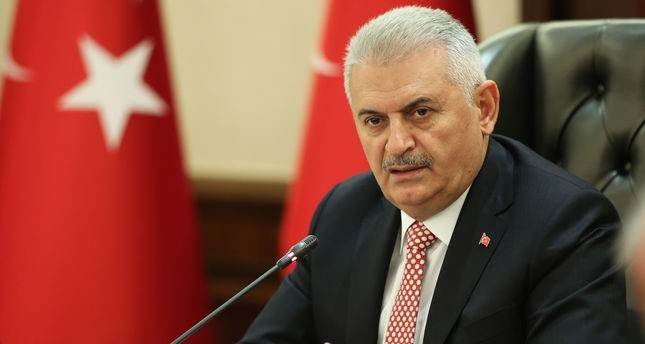 Touching upon United States' support to the PKK's Syrian branch, he said: "Our ally, the U.S. has been cooperating with the PYD terror group, but Daesh can't be defeated with help from other terrorists."

Asserting that Operation Euphrates Shield has been successful to rid northern Syria of Daesh terrorists, he added: "Over 2.000 square kilometers of territory has been cleansed of terrorists in Syria."

The Premier also mentioned the souring Turkey-EU relations in his speech. "The EU is concerned when it comes to the state of emergency in Turkey, but it wasn't when a coup was attempted," he said.

"We are also concerned about the paradigm shift in EU, as it leans towards double standards against Turkey," Yıldırım concluded in a decisive tone, implying that the EU has left Turkey alone in its fight against terror.