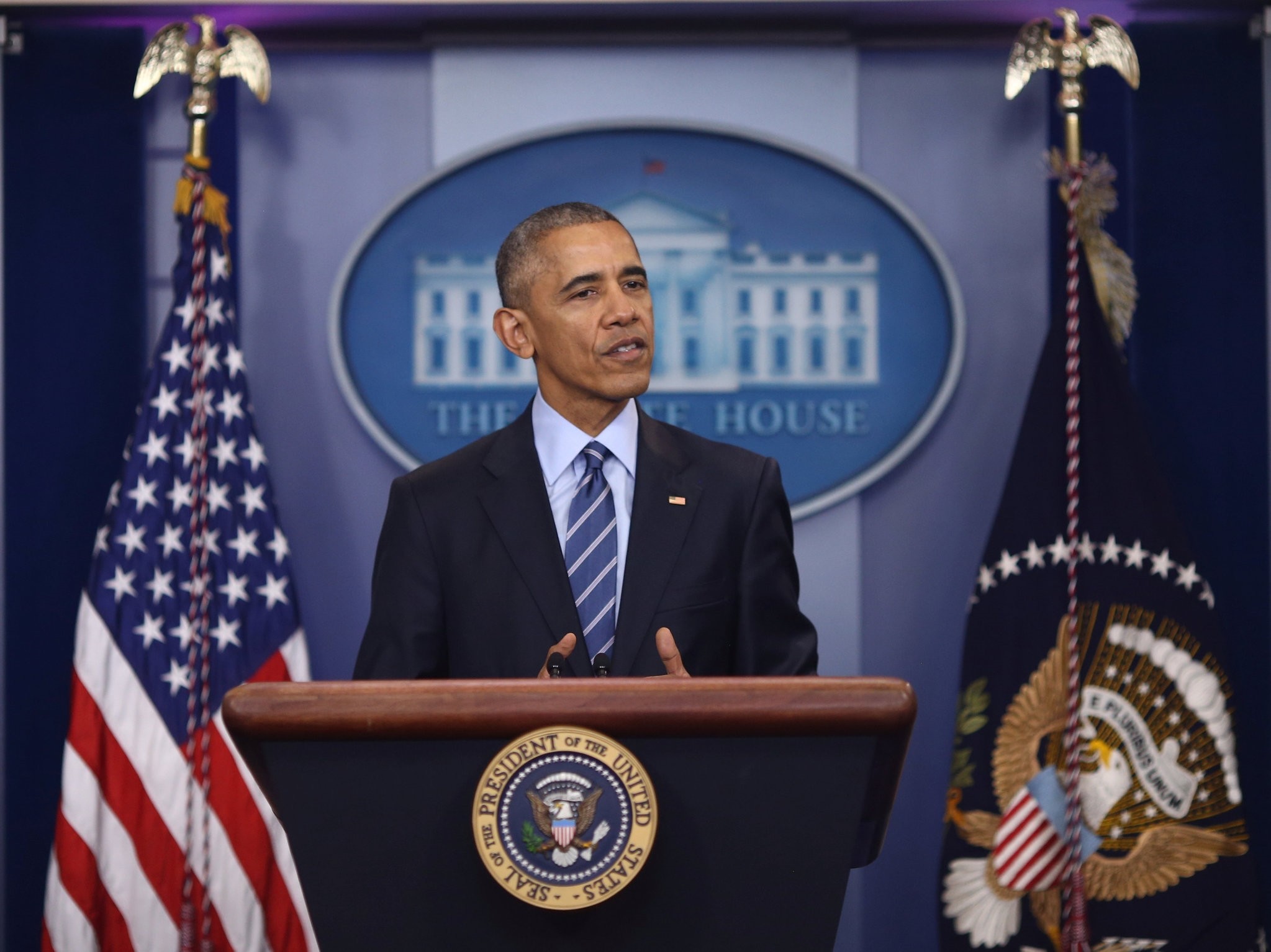 US President Barack Obama declared Friday that Bashar Assad's regime and its Iranian and Russian backers are solely responsible for the slaughter of civilians in Aleppo.

"The world as we speak is united in horror at the savage assault by the Syrian regime and its Russian and Iranian regime on the city of Aleppo," he told an end-of-year news conference.

"This blood and these atrocities are on their hands."

He said he feels responsible for what is happening in Syria, but defended his 'right approach' and in favor of the security interests of the U.S.

Obama's policy toward Syria, where a civil war has burned for more than five years, has been predicated on the goal of avoiding deeper military entanglements in the Middle East, and has been widely criticized as hesitant and risk-averse.

Obama's limited intervention has focused on fighting the Islamic State militant group that controls a swathe of Syria and Iraq and that has inspired attacks on U.S. soil. The memo by the State Department officials demanded a more muscular stance.

The US leader, who leaves office on January 20 to make way for president-elect Donald Trump, called for impartial observers to deploy to monitor efforts to evacuate civilians from the city.

And he warned Assad, who has been engaged in a civil war against rebel forces since 2011, that he will not be able to "slaughter his way to legitimacy."