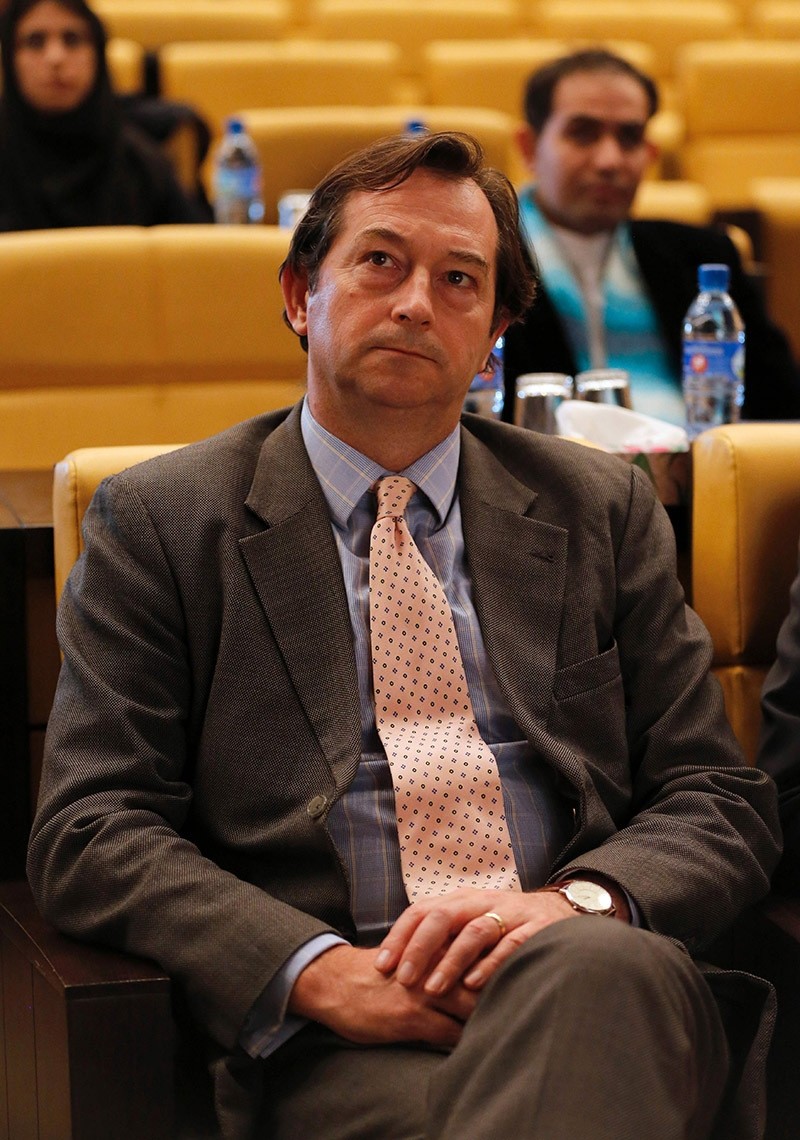 Nicholas Hopton, the British Ambassador to Iran, attends a press conference after Iran signed an offshore gas field agreement with Shell, in the capital Tehran, on Dec. 7, 2016. (AFP Photo)
by Daily Sabah with AFP Dec 17, 2016 12:00 am

Iran summoned the top British diplomat in Tehran for the second time this month to complain about criticism of its actions in Syria, Iranian state television reported on Saturday.

The move came after British Foreign Secretary Boris Johnson called the Russian and Iranian ambassadors in London on Thursday to express his "profound concern" over their countries' role in the "suffering" of the people of Aleppo.

"Following the ill-considered statements and positions of British officials concerning the role of the Islamic Republic of Iran in the Syrian crisis, the British charge d'affaires was summoned to the ministry of foreign affairs to receive the protest," a statement published by state broadcaster IRIB said.

A charge d'affaires was summoned as ambassador Nicholas Hopton is currently out of the country.

Iran has been supporting the Assad regime since the beginning of the Syrian conflict.

Several Iran-backed, pro-Assad militia groups are fighting in Syria, including the Lebanese Hezbollah militant group, and have been involved in the crimes committed by the Assad regime.

The Assad regime has so far caused the death of around 600,000 people in Syria, mostly civilians massacred in bombardments, shootings and chemical attacks.