Thousands march in London, Berlin to call on their gov'ts to save Aleppo 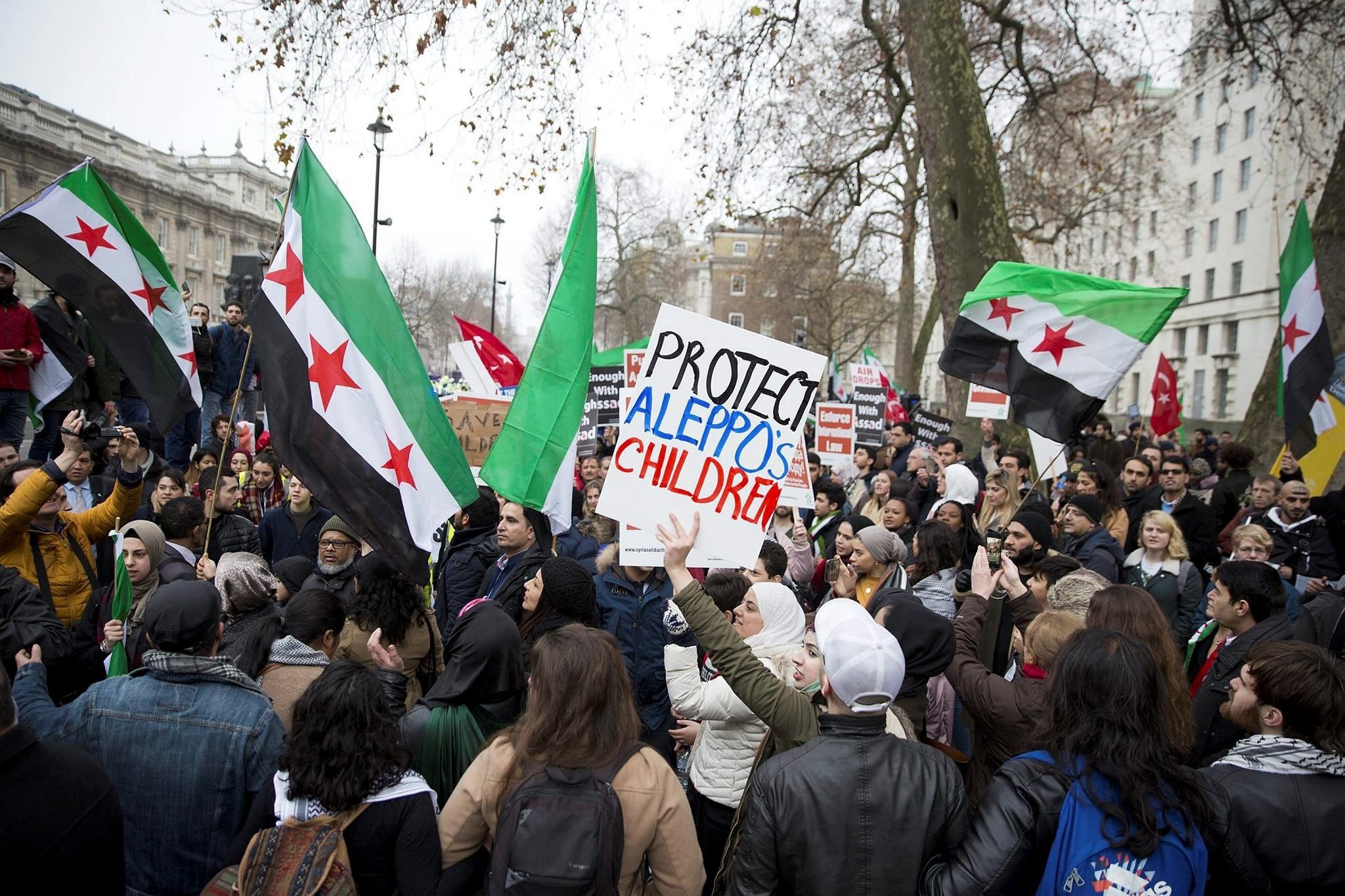 Protesters gathered in London to protest the ongoing violence against civilians in Syria's Aleppo, December 17, 2016. (AA Photo)
by Dec 17, 2016 12:00 am
Thousands of protesters joined marches and rallies in London, Berlin and other cities on Saturday to call on their governments to do more to help the trapped residents of Aleppo.

Marchers in London said they wanted to show their "extreme rage about the complete inaction of the international community in the face of catastrophic bombings" in Aleppo, Syria's former financial hub.

Protesters carrying large banners blocked a main road outside the British parliament, displaying slogans including "Stop the kiling!", "Save Aleppo!" and, in English and Russian, "Bloody money: Don't trade with killer Putin."

Dozens of medical staff took part in a "die-in," lying down in Parliament Square to urge all sides to "end both indiscriminate and targeted attacks on civilians, hospitals and schools across Syria."

The doctors and nurses also demanded that the British government "conduct airdrops of aid."

The Metropolitan Police said the march was "peaceful" and had followed the agreed route through central London.

In Berlin, police said 2,100 protesters turned out for two events calling for peace in the war-wracked country, while 800 people took to the streets for a similar rally in Hamburg.

Marching through Berlin, protesters carried placards that demanded protection for civilians in Aleppo.

Airstrikes, shelling and a government siege on the eastern rebel-held enclave have reduced the bitterly divided city to rubble.

Even after Bashar al-Assad's declaration of "liberation" in the city, there are still fears for people trapped there.

Similar events were planned in Milan, Lyon, Sydney, Athens, Amman and several US cities on Saturday.

German and international activists plan to set off from Berlin on December 26 in a Civil March for Aleppo, travelling towards Aleppo via a reverse "refugee route" through Greece and Turkey.
Last Update: Dec 18, 2016 9:59 am
RELATED TOPICS