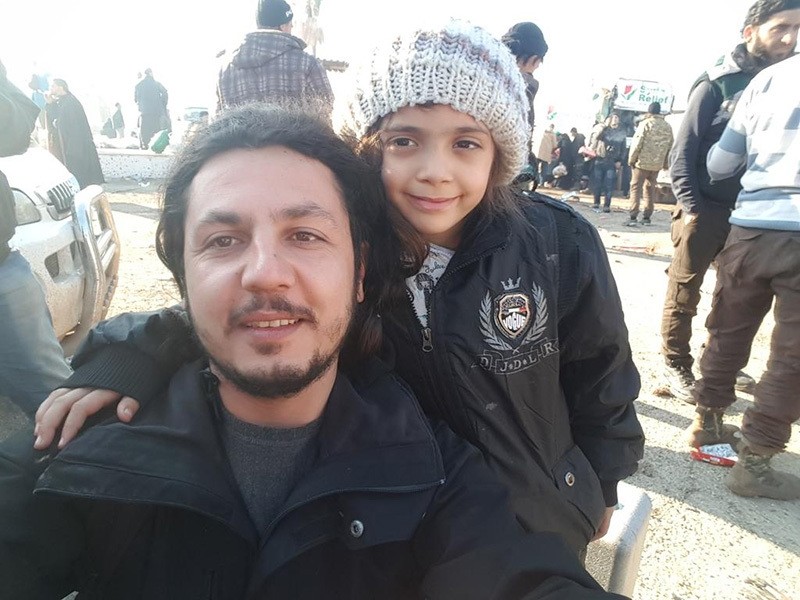 A seven-year-old Syrian girl who reached out to thousands of followers with updates from war-torn Aleppo has been evacuated to safety and and will be brought to Turkey with her family following the deal between Turkish and Russian authorities for the evacuation of civilians and opposition fighters.

Bana Alabed, who posts in her @AlabedBana account, was photographed in a selfie picture by an employee of Turkish NGO Humanitarian Relief Foundation (IHH) outside Aleppo.

"Welcome @AlabedBana" IHH employee Burak Karacaoğlu tweeted. IHH is currently carrying out relief efforts in Rasidin area for those who are trying to leave the city.

IHH also confirmed that Bana and her family were rescued from Aleppo amid a group of 1,500 people carried by 25 buses.

This morning @AlabedBana was also rescued from #Aleppo with her family. We warmly welcomed them. pic.twitter.com/TJMMZCC4TE

Later on in the day, Foreign Minister Mevlüt Çavuşoğlu said that he is keeping his promise to Bana, and she and her family will be brought to Turkey.

Bana, whose account is managed by her English-language teacher mother Fatemah, had over 320,000 followers since joining the social media site in September. She posted pictures and videos of life during the nearly six-year conflict, along with updates on aerial bombardments which have devastated parts of her city and killed civilians.

She also posts videos and pictures of her and her brother writing or reading in an attempt to distract themselves from air strikes.

Fatemah previously reached out to FM Mevlüt Çavuşoğlu and asked "Sir Mevlüt Çavuşoğlu, we had hope yesterday but what's happening now?" She continued her post by saying: "Please help us now. No more time left. Thank you."

Minister Çavuşoğlu replied: "Keep your hope my sister. Turkey hears your call. We work hard to end the nightmare you and many children in Syria are going through."