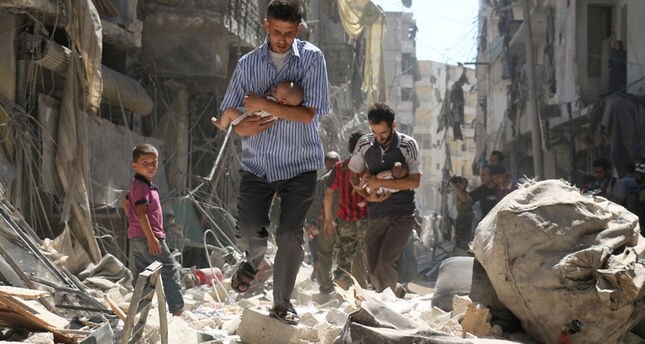 The Assad regime announced on Thursday that Syria's second city Aleppo has been fully recaptured from opposition fighters, the regime's biggest victory in the nearly six-year civil war.

"Thanks to the sacrifices of our valiant armed forces as well as allied forces... the general command of the armed forces announces the return of security to Aleppo, and the departure of those who stayed there," the army said in a statement.

Assad regime, backed by Russian airstrikes in the air and thousands of Iran-backed militias, have recently made significant advances against the opposition-held eastern Aleppo.

President Recep Tayyip Erdoğan and his Russian counterpart Vladimir Putin had brokered an evacuation deal on Tuesday to evacuate civilians from the besieged enclave.