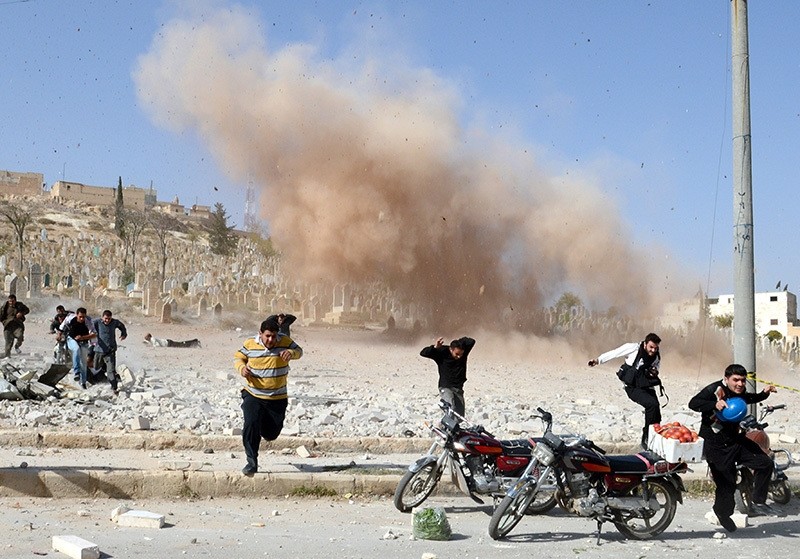 At least 30 civilians who made an attempt to escape from Syria's al-Bab on Dec. 25, were killed by a Daesh terrorist attack in the town while dozens were reportedly injured, Turkish military said on Monday.

According to sources, Daesh has been threatening civilians in al-Bab and trying to push them to stay in the city, where the roads and streets have been blocked by the terror group's barricades.

Daesh has set up several mine traps in the city and camouflaged them, which have killed civilians including children on a daily basis, while the terror group has also opened up holes in city buildings to use them as positions while firing. The same tactic are used by the PKK terror group and its Syrian offshoot of the PYD and YPG.

In Monday's counter-terror attack by Turkish-backed Free Syrian Army (FSA) forces against Daesh terrorist in al-Bab, two FSA fighters were injured and no damage was reported on the Turkish side, the military added.