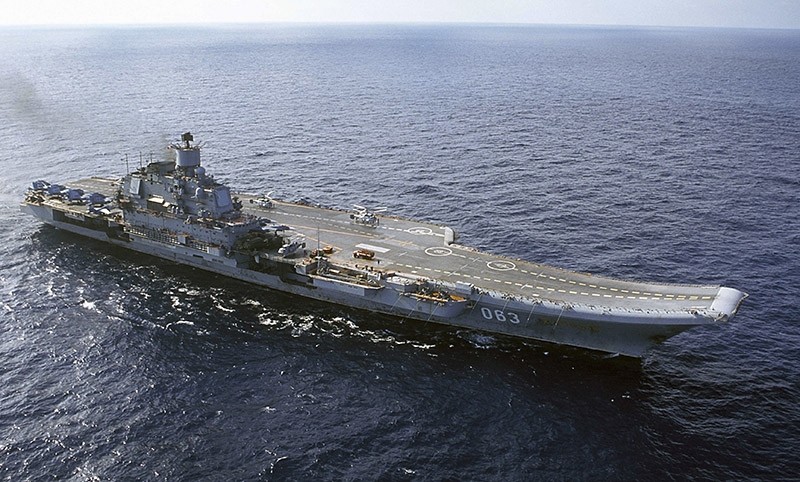 Russia's military on Friday said it has begun scaling down its deployment to Syria, with Moscow's sole aircraft carrier set to be the first to quit the conflict zone.

"In accordance with the decision of the supreme commander of the Russian armed forces Vladimir Putin, the Russian defense ministry is beginning the reduction of the armed deployment to Syria," Russian news agencies quoted military chief Valery Gerasimov as saying.

Gerasimov said that a naval group headed by aircraft carrier Admiral Kuznetsov would be the first to leave the area.

"The tasks set for the aircraft carrier group during its military mission have been fulfilled," added Russia's main commander in Syria Andrei Kartapolov, agencies reported.

Kartapolov said that Russia still had sufficient air defense capabilities in Syria thanks to its S-300 and S-400 systems deployed in the war-torn country.

Since September 2015, Russia had boosted its firepower on land in Syria and off the coast in the Mediterranean in support of regime forces targeting the second city of Aleppo.

Troops loyal to Russia's ally Bashar al-Assad finally ousted rebels from the city last month in their biggest victory in more than five years of fighting, paving the way for the Kremlin to launch a fresh push for a political solution to the conflict.

Russian President Putin ordered a reduction in his forces in Syria on December 29, as he announced a ceasefire between government and rebel forces that has since dampened down the fighting.

Russia, along with Turkey and Iran, are currently pushing for peace talks to be held later this month in the capital of Kazakhstan, Astana.

Moscow launched its bombing campaign in Syria in September 2015, helping to turn the tide in favour of Assad's ailing forces.

Putin already announced a partial withdrawal of Russian forces in March 2016, but Moscow later had to ramp up its presence again as fighting increased.