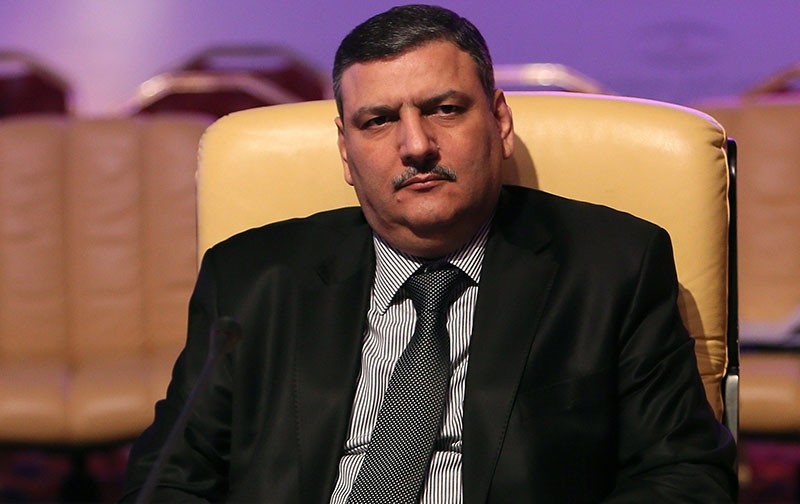 Chief Negotiator of the Syrian Opposition Riyad Hijab attends a meeting in the Qatari capital Doha late on November 11, 2012. (AFP Photo)
by daily sabah Jan 12, 2017 12:00 am

Chief Negotiator of the Syrian Opposition Riyad Hijab wrote in an open letter to Antonio Guterres, Secretary General of the United Nations, that the Assad regime and its supporters have violated the truce 399 times since it took effect on December 30, killing at least 271 people.

Hijab called for the UN and its member states to intervene in the worsening situation, particularly in Barada Valley in Damascus, where violations of the truce have caused a new humanitarian crisis, and to condemn the crimes of the Assad regime and Iran-backed militias against civilians in order to fully implement the truce.

The Chief Negotiator also stated that regime airstrikes had continuously targeted water facilities in Ayn al-Fijeh, and the villages of Besime, Kafr Zayt and Husseini.

The open letter also indicated that the bombardments at Barada Valley were carried out with barrel bombs, violating international human rights laws.

Civilians living in these regions were facing more and more difficulties to meet their food, water, electricity and medication needs due to ongoing severe bombardments despite the truce, he added.

Regime forces and their supporters intensified attacks on Barada Valley after seizing Aleppo in late 2016. The valley is only 16 kilometers away from Damascus, hosting the Ayn al-Fijeh spring, the capital's main water source.

Regime forces previously attacked Ayn al-Fijeh on December 22 and 27, leading to water cuts for millions of people in Damascus.