'US should invite Daesh to Astana too', FM Çavuşoğlu says after US insists on PYD participation 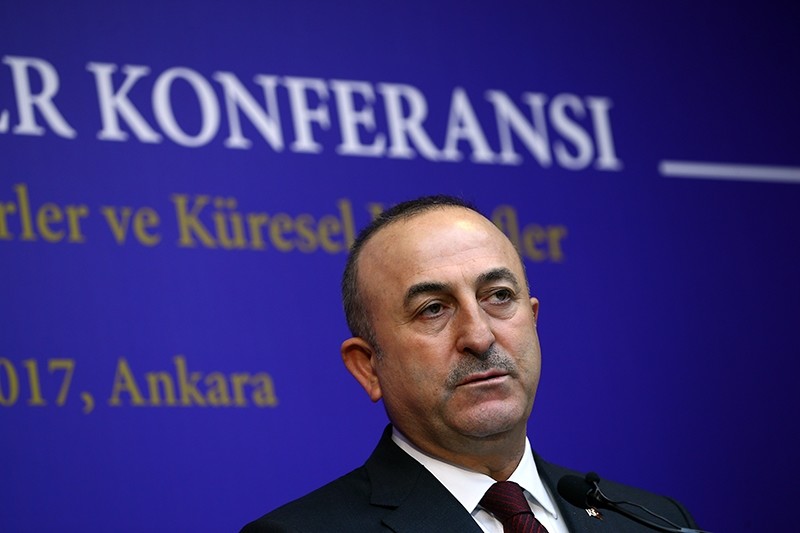 Washington will be invited to join the Syria talks due to be held this month in Astana, but we will not accept PYD/YPG presence at the talks, Foreign Minister Mevlüt Çavuşoğlu said Saturday.

Speaking to reporters at the 9th Ambassadors' Conference in the capital Ankara, Çavuşoğlu said that Turkey and Russia agreed to invite the U.S., adding that they could "not deny the contribution and role of the U.S."

However, the FM reiterated that Turkey will not accept the participation of terrorist groups in the talks, especially the PYD, despite the U.S.' insistence.

"If you invite a terrorist group [PYD/YPG], then you should also invite Al-Nusra, Daesh. This is nonsense," he said, adding that Washington must end its cooperation with terrorist groups.

"We clearly say that all weapons supplied by the U.S. to the PYD ended up in PKK hands," the minister added.

Turkey considers the PYD and its armed wing, the YPG, to be Syrian offshoots of the PKK.

The PKK itself is listed as a terror organization by the U.S., Turkey and the EU.

Ankara argues that there is no difference between the YPG and the PKK, as they share the same leadership, ideology and organic organizational links. Consequently, Ankara has repeatedly said that any military support give to the PYD/YPG would eventually be transferred to the PKK and ultimately be used against Turkey.

Unlike the PKK, Washington does not list the YPG as a terrorist group. Contrarily, the U.S. has previously sent military advisers and arms to Kobani to assist the YPG in its offensive on Manbij, located west of the Euphrates River near Aleppo.

Çavuşoğlu's comments come in the wake of U.S. States Department spokesman Mark Toner's statements to the press on Tuesday. Toner had said that the PYD should be party to any Syrian peace talks, and sooner or later have a place at the negotiating table.

Meanwhile, Russia who is co-hosting the talks with Turkey extended an invitation to Donald Trump's incoming administration for the upcoming talks. The Russian invitation was seen as a bypass to the Obama administration which has been notably absent from the process.

The Assad regime and the moderate opposition will be expected to meet for talks for the first time in nearly a year in Astana in the second half of January. The talks which are expected to be held on January 23 will be mediated by Turkey, Russia and Iran.