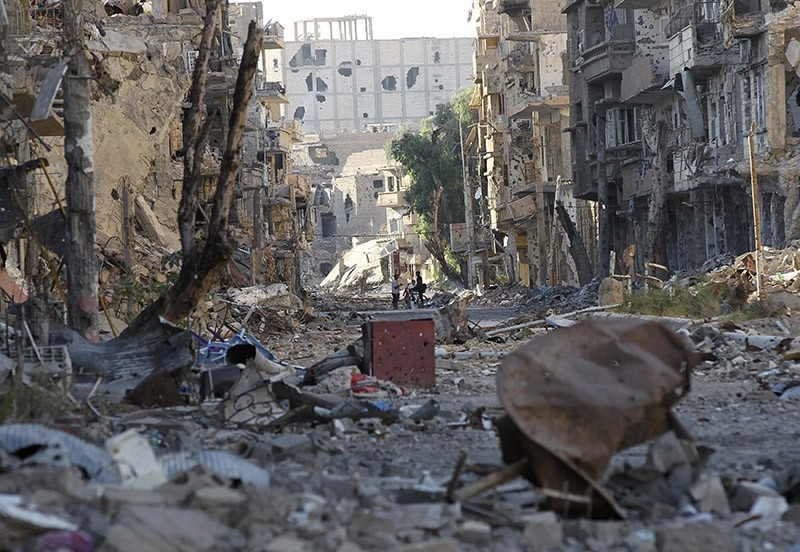 Fighting between Daesh terrorists and the Assad regime forces has killed dozens since Saturday in Deir al-Zor, where the Daesh group has launched an assault to capture Assad regime enclave in the city, a monitoring group reported.

At least 82 people have been killed in the fighting, which is the heaviest in the city for a year, the Syrian Observatory for Human Rights said on Monday.

The dead comprised 28 from forces loyal to the Assad regime, at least 40 Daesh militants, and 14 civilians, the British-based monitoring group said.

Daesh has held most of Deir al-Zor and the surrounding area since 2015, but the Assad regime has retained control of the airport and neighbouring districts in the city, located in eastern Syria on the Euphrates river.

Last month Daesh recaptured the city of Palmyra, 185km (115 miles) southwest of Deir al-Zor, from the government in an unexpected advance that demonstrated its continuing military threat.