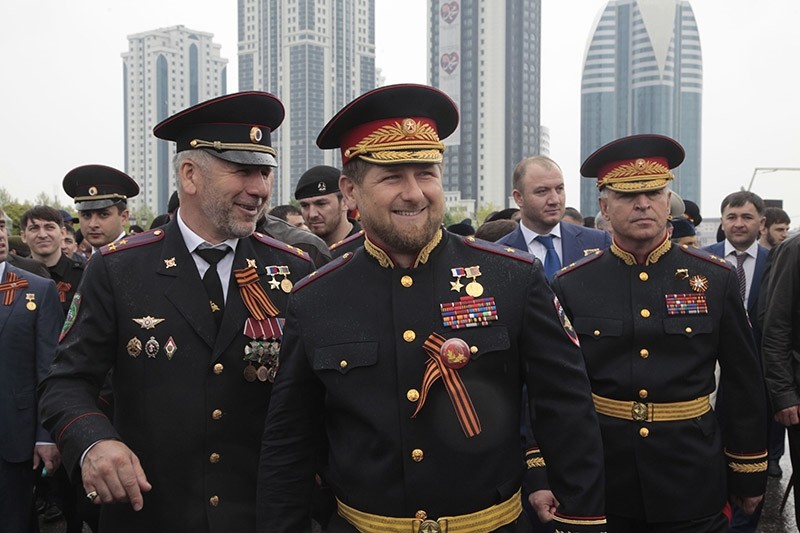 Chechen leader Ramzan Kadyrov on Tuesday confirmed that troops from the Caucasus region were serving as Russian military police in the war-torn Syrian city of Aleppo.

Kadyrov wrote on Instagram that MP Adam Delimkhanov and Chechnya's chief mufti, Salakho-Khadzhi Mezhiyev, on a trip to Syria, had visited a military police battalion "where young people from Chechnya are serving."

"The soldiers said with pride that they have been given the honour of serving to protect peace and public order in Aleppo, defending the civilian population from terrorist attacks," Kadyrov wrote on his account, which has 2.3 million followers.

Russia began aerial bombing of Syria to support President Bashar Al-Assad in September 2015 but has ruled out a ground operation.

The military police are part of the Russian defense ministry, tasked with protecting key installations and ensuring troop discipline.

Russian television reported Tuesday that the military police are training their Syrian colleagues to carry out joint patrols in Aleppo.

Kadyrov said in December that Chechen soldiers had been recruited to serve in the military police to protect Russia's Hmeimim air base in Syria.

But he denied media reports that regional officials were gathering special battalions of Chechen soldiers to be sent to serve in Syria.

Kadyrov was an anti-Russian insurgent who fought in Chechnya's first separatist war with Moscow but then became a Kremlin-loyal official.

The ex-Soviet region is one of the major sources of foreign fighters in Syria and Iraq.