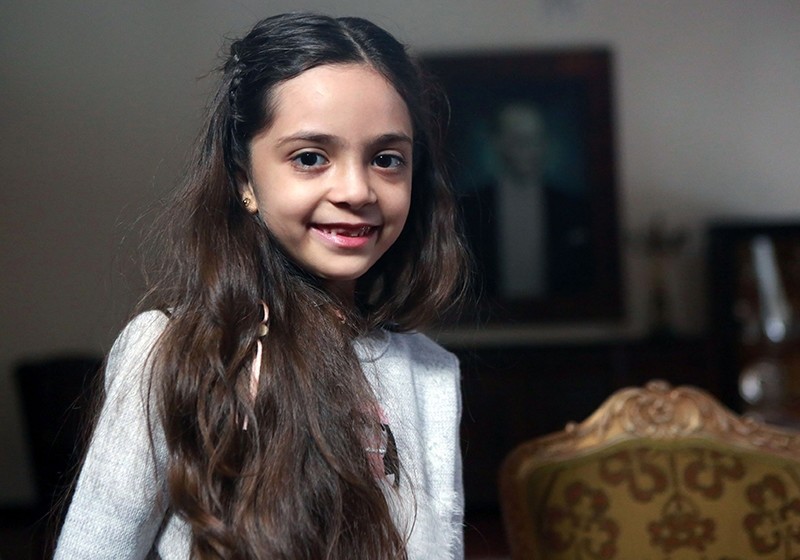 Seven-year-old Syrian girl Bana Alabed, who came to international attention with her tweets giving a tragic account of the war in Aleppo, has written an open letter to new U.S. President Donald Trump.

In her letter Bana, who was evacuated from the besieged city to Turkey in December, appealed to Trump to help the children of Syria, the BBC reported Tuesday.

"I am part of the Syrian children who suffered from the Syrian war," she wrote, according to a transcript of the letter her mother sent to the BBC.

She told Trump her school in Aleppo was destroyed by the bombing and some of her friends had died.

"Right now in Turkey, I can go out and enjoy. I can go to school although I didn't yet. That is why peace is important for everyone including you.

"However, millions of Syrian children are not like me right now and suffering in different parts of Syria," she wrote.

"You must do something for the children of Syria because they are like your children and deserve peace like you."

At least 15,000 children are among the more than 300,000 people who have been killed in Syria's six-year war between the Assad regime and opposition forces.

Through a Twitter account run by her mother, Alabed put a human face on the drama of thousands of civilians indiscriminately targeted by the Assad forces and Iran-backed militia in the five-year civil war in Syria, Turkey's southern neighbor. She frequently posted videos and pictures of her and her brother writing or reading in an attempt to distract themselves from airstrikes.

Aleppo is among the Syrian cities where the ongoing conflict has taken its full toll as residents cannot even find a spot to bury their dead, while all the hospitals were destroyed in the conflict. Turkey is among the major donors for the welfare of the displaced Syrian population and it has repeatedly urged the international community to spend more to address the needs of millions of refugees in the country.

Although it hosts one of the largest Syrian refugee communities in the world and accommodates hundreds of thousands in tent camps it has established across the border, Turkey advocates the establishment of a safe zone within Syria for the displaced. Only injured Syrians are allowed into Turkey, where they are provided hospital treatment, but special cases like Bana are also welcomed.

Syrian opposition and Assad regime are holding peace talks in Kazakhstan but there have been no signs of a breakthrough.

Trump's administration was invited to participate in the talks organised by key players Russia, Turkey and Iran but did not send a delegation.