US confirms use of depleted uranium against Daesh in Syria 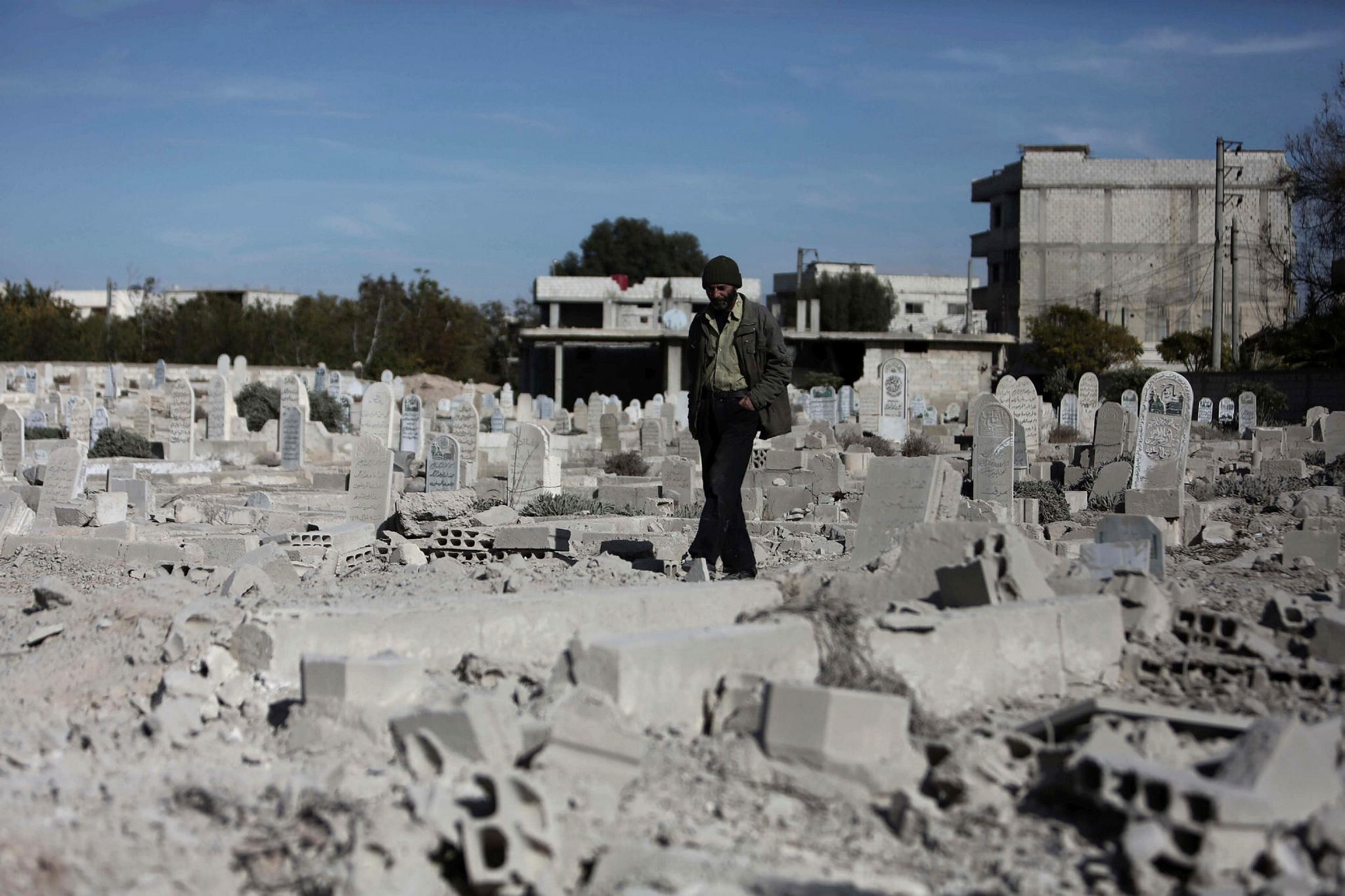 A man walks in a graveyard near destroyed graves in a neighbourhood heavily damaged by air strikes in the village of Deir al-Asafir in the rebel-held region of eastern Ghouta (AFP Photo)
by Daily Sabah with AA Feb 14, 2017 12:00 am

The controversial munition had not been used by the U.S. since the occupation of Iraq where it has continued to illicit claims of lingering health effects, particularly in Fallujah where U.S. forces fought intense close-quarters battles with insurgents.

The Syria air raids, carried out in mid and late November 2015, targeted oil convoys in Daesh-held territory near al-Hassakah, and Deir Ez-Zour. Four A-10 warthog fixed-wing aircraft were used, ultimately resulting in the destruction of over 330 vehicles.

"The combination of Armored Piercing Incendiary (DU) rounds mixed with High Explosive Incendiary rounds was used to ensure a higher probability of destruction of the truck fleet ISIS was using to transport its illicit oil," spokesman Maj. Josh T. Jacques said in a statement, using another acronym for Daesh terrorist group.

In all, the A-10s fired 5,265 30-millimeter depleted uranium rounds, Jacques said, nothing that the "decision was made to use the rounds."

"Targets and the weapons used against those targets are chosen to ensure they adhere to the Law of Armed Conflict principles of military necessity, distinction and proportionality. The decision is made during operational planning for best weapon against each target," he said.

The comments are the first confirmation that the U.S.-led coalition used depleted uranium to attack Daesh targets in the ongoing campaign. Earlier statements maintained that the coalition would not do so.

Depleted uranium rounds are not explicitly illegal under international law, but concerns have mounted about the long-term health effects that may result in areas where they are used.