Pentagon may recommend US to deploy ground troops in Syria 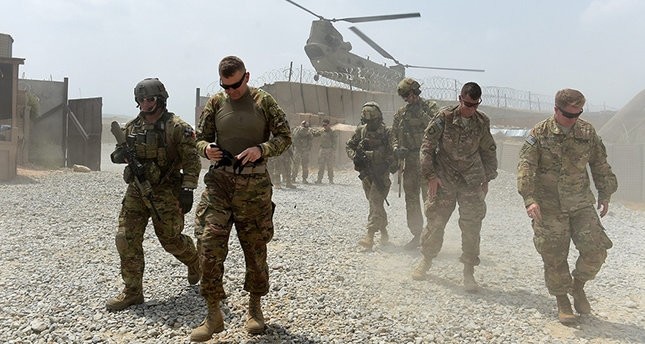 In this photograph taken on August 13, 2015, US army soldiers walk as a NATO helicopter flies overhead at coalition force Forward Operating Base (AFP Photo)
by Daily Sabah with Reuters Feb 16, 2017 12:00 am

The U.S. Defense Department may recommend that the United States deploy regular combat troops to Syria for the first time to fight Daesh terrorists, CNN reported on Wednesday.

The idea is one of several that the Pentagon is considering after President Donald Trump gave defense officials until the end of the month to come up with proposals to speed up the war against Daesh.

A small number of U.S. special forces operate in the war-torn country but the previous Obama administration had rejected putting combat troops into the middle of Syria's civil war.

CNN said sending conventional ground forces into Syria was one of several ideas being considered. It said the idea was not fully developed and the Pentagon had not yet proposed it to Trump.