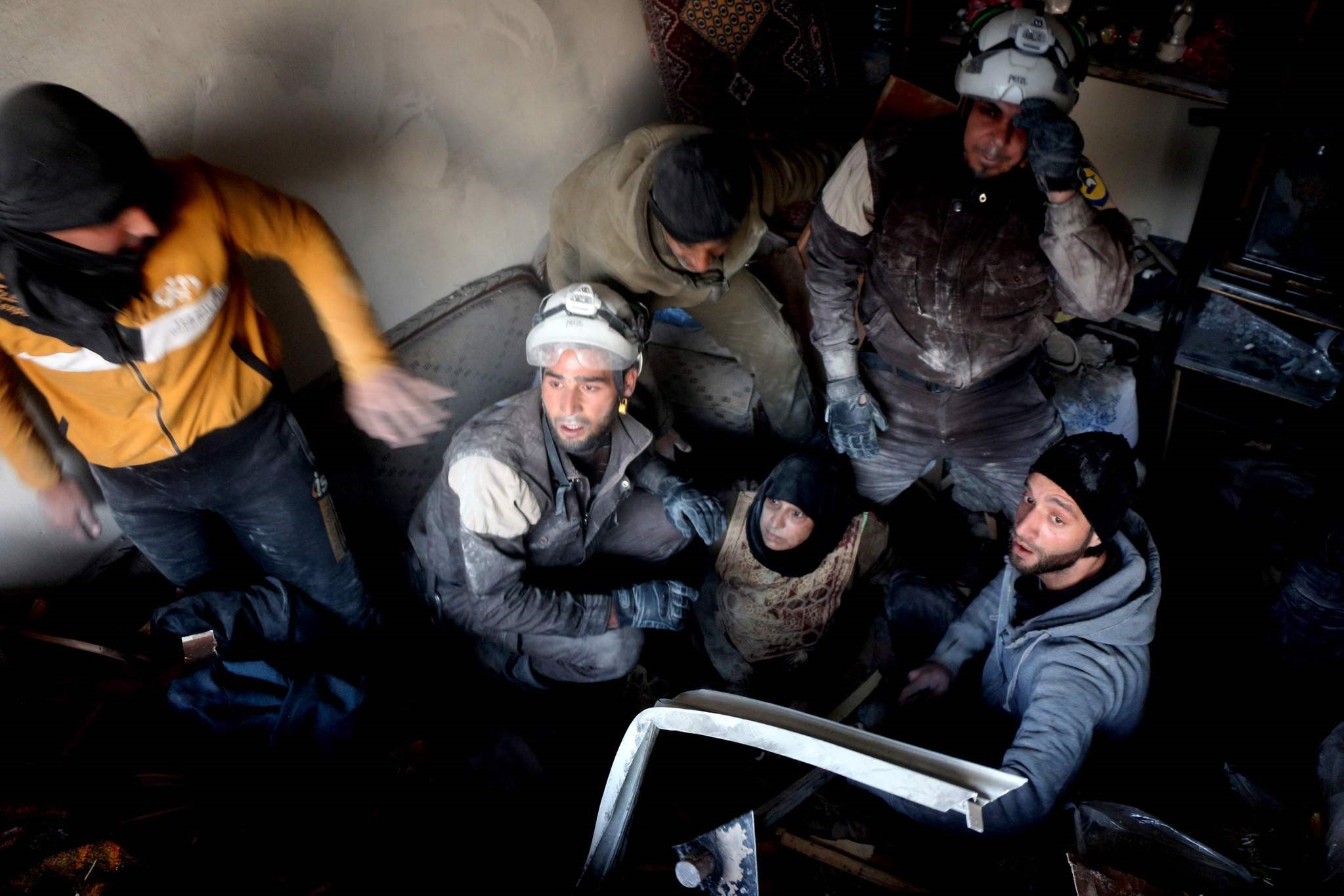 Rescue workers from Syria's White Helmets - the subjects of an Oscar-nominated documentary - said on Saturday they have received U.S. visas to attend next week's prestigious Academy Awards ceremony.

For weeks, the rescuers and the film's staff had been nervously watching the fallout from U.S. President Donald Trump's now-suspended travel ban for seven countries, including Syria.

"We got our visas yesterday (Friday), but we're not yet sure if we'll be able to travel or not," Raed Saleh, leader of the rescue group, told AFP by phone on Saturday.

"We don't want to have problems at the borders or the airport," he said.

The documentary titled "The White Helmets", directed by Orlando von Einsiedel, was named a contender in late January in the Oscars short documentary category.

It is named for the distinctive white hard hats worn by its volunteers and has gained international renown for its daring rescues, often filmed and circulated on social media.

The Oscars award ceremony will take place on February 26 in Hollywood.

"With so many people watching, it would be such an important opportunity to talk about the suffering happening in Syria," Saleh said.

More than 310,000 people have died since Syria's conflict erupted in March 2011, and over half the country's citizens have been forced to flee their homes.

"The documentary took a lot of effort to make and we've been working on it for a long time. People who are featured in the film have since died. There's equipment that you see that has been destroyed," Saleh said.

"This film is history for us. We hope that we win the Oscar, because that would provide moral support to the White Helmets and show them that their sacrifices weren't for nothing."

According to the film's producer Joanna Natasegara, Saleh will be joined by fellow White Helmet Khaled Khatib, who shot much of the footage.

Natasegara told AFP by phone that the last few weeks had been a "roller coaster" ride.

"Initially, we were totally delighted at the nomination and invited them to join us, and two days later the executive order came through," she said.

Under Trump's short-lived executive order, travellers from seven mainly-Muslim countries, including Syria, were banned from travelling to the United States for 90 days.

The travel ban has since been suspended in court, but Natasegara said she and the film's team would "be nervous until (Saleh and Khatib) are on U.S soil".

"For us as filmmakers, we wanted to be able to give them that platform," she said.

"It's their day. Their message is one of hope and peace. We're just really excited to share that day with them."