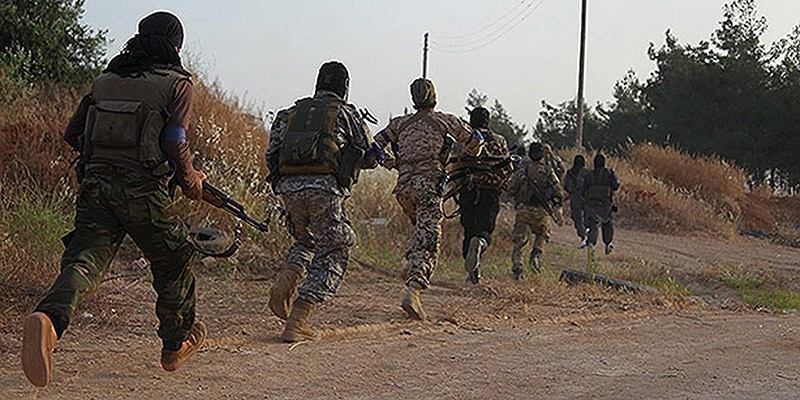 Russian President Vladimir Putin said on Thursday that around 9,000 militants from Russia and ex-Soviet bloc countries are currently fighting across Syria and Iraq.

Putin released the approximate number of militants, based on intelligence reports, during his meeting with naval officers from Russia's Northern Fleet returning from Syria, the English-language The Moscow Times reported on Thursday.

The estimation is based on reports from the Russian general staff, intelligence department, and the Russian federal security service.

Russia has waged an air campaign in Syria since September 2015 in support of the Assad regime.

The Russian involvement in the Syrian civil war has been game-changing in the course of the struggle, which was instigated by the Assad regime when military units cracked down on pro-democracy protests in 2011. With Russia's help, Assad's military has recovered many areas previously lost to the opposition groups, including large parts of Aleppo.

On the other hand, thousands of militants from the Russian Federation, especially those coming from the volatile North Caucasus region, have joined groups fighting against the Assad regime.

The Syrian conflict, which is now entering its sixth year, has left 600,000 people dead, and has displaced some six million people.

A majority of the victims are civilians who have been killed by the Assad regime and its allies in aerial bombardments, including attacks using barrel bombs.