Daesh has not abandoned dream of so-called physical 'caliphate', US defense official says 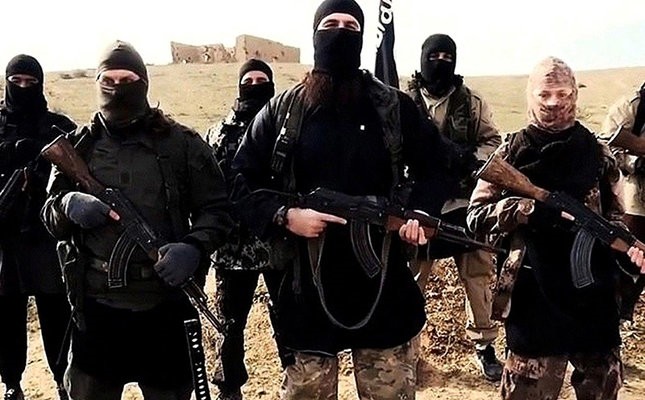 Daesh commanders have still not abandoned their dream of a physical "Caliphate", despite the fact that the coalition has liberated 65 percent of the territory the group controlled at its peak, a U.S. defense official said on Wednesday.

The official also said some Daesh commanders might have started to question whether to keep the Syrian town of Raqqa as their so-called capital due to recent military victories against the group in Al-Bab and around Raqqa.

"Some may [in Daesh] not see [Raqqa] tenable as their capital," the official said, reminding thatthe group near isolation of the city from north, and their lack of access to the other side of the Euphrates river except one dam. U.S. officials believe the group's movement out of Raqqa has largely been disrupted, and many senior leaders of the militant group have already fled the city.

The official said that Raqqa probably won't be the final battle against the group, but more of a critical battle like Mosul and a highly symbolic one because it's their capital. The coalition expects to destroy the terror group's large combat force during the battle, which is expected to be very bloody beacuse of the group's urban warfare tactics, including improvised explosive devices, tunnels and booby traps. The official, who spoke on condition of anonymity due to government protocols, was briefing Washington-based journalists.

Coalition officials believe there are 3.000 to 4.000 Daesh fighters in Raqqa while the remaining 11.000 to 12.000 fighters are scattered around in Syria, and also Iraq. Almost 50 percent of the group's fighting force has been destroyed compared to its peak, and the flow of foreign fighters in one month has been reduced drastically to as low as 100 fighters, thanks to Turkey's recent efforts on the Syrian border.

The group's largest revenues are still based on domestic oil and gas sales and tax revenues, but the group also needs less financing due to its rapidly decreasing fighting force and the diminishing appeal for foreign fighters to join the group, the U.S. defence official said.

Major population centers in Iraq will be freed from Daesh control in 6 months, according to coalition estimates. Following Mosul's liberation, Daesh would be cornered in the Tall Afar pocket in northern Iraq, and coalition forces will afocus on remaining territory in the south, such as Al Qaim. After Raqqa's liberation, the coalition will have to clean the area along the Euphrates River Valley, namely locations such as Abu Kamal.

The group's leader Abu Bakr al-Baghdadi is currently on the run. A Reuters report stated on Wednesday that al-Baghdadi has left operational commanders behind in Mosul, and he is most possibly hiding among civilians in familiar desert villages.