Arab tribes to form army against PYD/PKK, Daesh in Syria 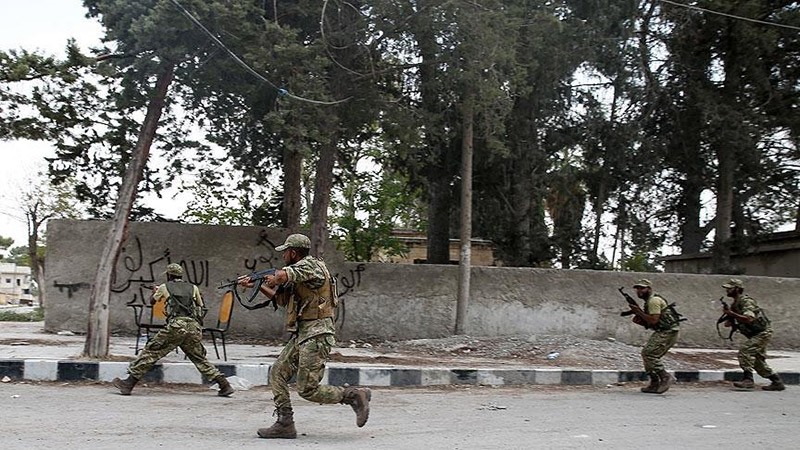 Arab tribe leaders, whose lands were invaded by the PYD/PKK and Daesh terror organizations, gathered in Turkey's southeastern province of Şanlıurfa to discuss military and political cooperation between the tribes.

The meeting was held at Harran Hotel, and a total of 50 tribe leaders coming from Syria's Raqqa, Al-Hasakah and Deir Ezzor regions agreed to form "The Army of Al Jazira and Euphrates tribes" to put an end to the invasion of their lands by Daesh and the PYD.

Mudar Hamad Al-Essaad, spokesperson for the High Council of Syrian Tribes, signed a written statement expressing the purpose of the tribal army to clear the area from terror organizations.

The army is planned to be led by former regime officers or Free Syrian Army (FSA) commanders, the statement elaborated.

Tribe leader Sheikh Rafi er-Raco Ukla, who made the opening speech at the meeting, stated that the United States was supporting the PYD, adding that the terror group was no different than Daesh.

"The PYD has displaced numerous families and forced Arabs in more than 50 villages to emigrate," Ukla said.

Ukla also called for the international community to help them clear the Euphrates and Al Jazira regions of Syria of the spread of terrorism by Daesh, the PYD and the Assad regime.

The leaders also thanked Turkey for accepting three million refugees into the country, and Qatar and Saudi Arabia for their support.