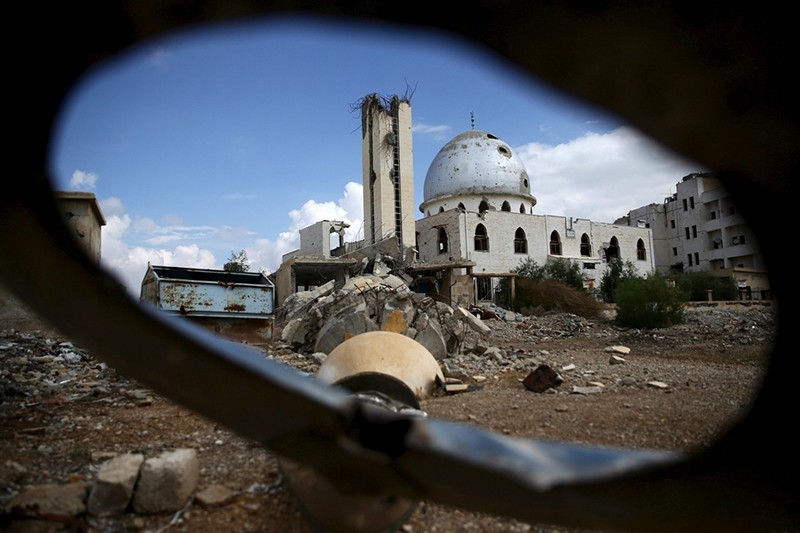 Fighting around Syria's capital Damascus has cut 300,000 people off from humanitarian aid and pauses in the conflict are needed to let aid convoys in, Jan Egeland, U.N. humanitarian advisor on Syria, said on Thursday.

"They are totally dependent on our supplies. Starvation will be just around the corner unless we get there in the coming weeks," Egeland told Reuters in an interview after chairing the weekly Syria humanitarian taskforce meeting in Geneva.

The besieged Douma and Kafr Batna areas of rural Damascus contain 161,000 and 142,000 civilians respectively. Their food stocks have dwindled and informal supply routes have been cut.

"The increase in the fighting has disastrous effects on the civilian population," Egeland said. "They haven't had any supplies by the U.N. since October in Douma, and in the Kafr Batna area not since June of last year."

The Assad regime is not giving the green light for convoys and armed groups are not guaranteeing the security of aid convoys, meaning that no aid can go in, Egeland said.

Opposition forces clashed with regime forces on the edge of the city centre in the Jobar district for a fifth day on Thursday and made advances against the Assad forces north of the town of Hama.

The U.N. is hoping to send an aid convoy on Friday to Wadi Barada, a valley outside Damascus where fighting raged at the start of this year. But in other areas apparent humanitarian progress has been stalled or reversed.

Food reached the besieged town of Madaya last week, but sniping by militias surrounding the town means it cannot be distributed, Egeland said.

In al-Waer, a besieged suburb of the city of Homs, a deal to evacuate fighters and their families has stopped, leaving the U.N. unable to support the 50,000 trapped civilians.

U.S. Secretary of State Rex Tillerson said on Wednesday that his country would set up "interim zones of stability" to help refugees return home in the next phase of the fight against Daesh and al Qaeda in Syria and Iraq.

Egeland said any such proposal would need to be carefully studied, adding that all returns to Syria had to be voluntary, protected and assisted.

"All zones have to be a net plus for the civilian population. Very often safe zones have created as many problems as they have solved, but it depends on the proposal and how it is executed," he said.

"We'd be interested to discuss this further with the U.S. and others."