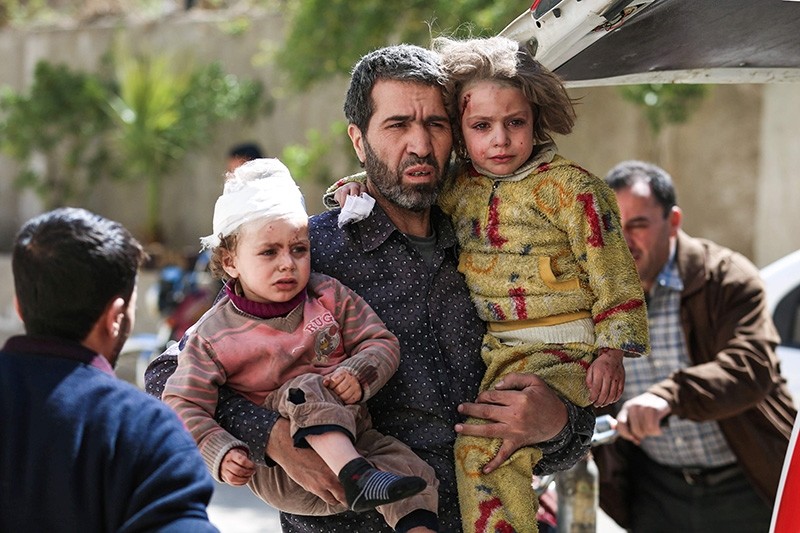 A Syrian man carries two injured children after a reported air strike in the opposition-controlled town of Hamouria
by Compiled from Wire Services Mar 25, 2017 12:00 am
At least 16 civilians including women and children were killed Saturday in an Assad regime airstrike east of the capital Damascus, according to a pro-opposition civil defense official.

"Sixteen civilians, including a child, were killed and around 50 others wounded in an air strike on the main street in the town of Hammuriyeh," Syrian Observatory for Human Rights director Rami Abdel Rahman said.

Syria has been locked in a vicious civil war since early 2011, when the Assad regime cracked down on pro-democracy protests -- which erupted as part of the "Arab Spring" uprisings -- with unexpected ferocity.

Since then, more than a quarter of a million Syrians have been killed and more than 10 million displaced, according to UN estimates.