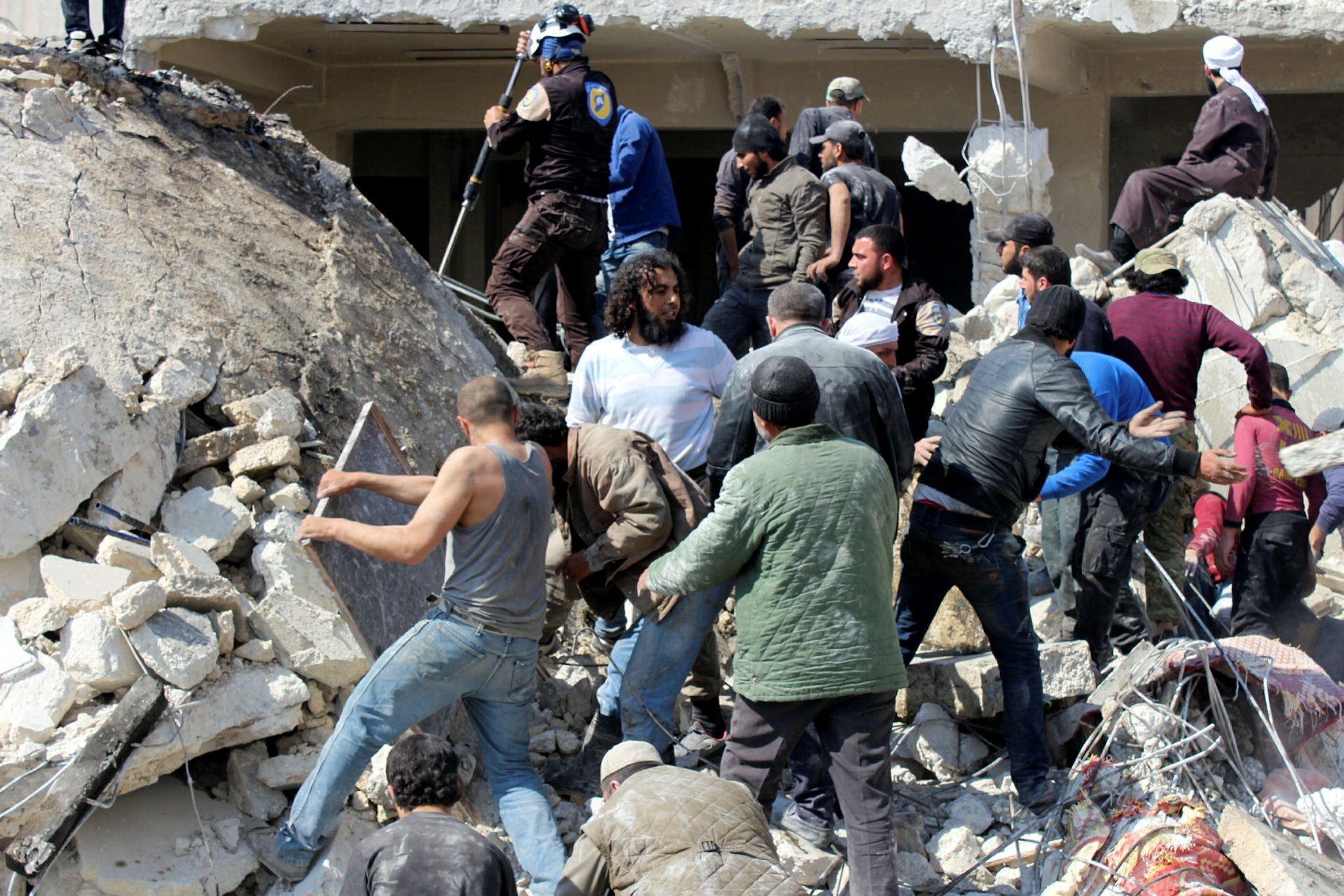 The White House condemned late Tuesday what it described as a "heinous" chemical attack against civilians by the Assad regime in Syria, citing the "weakness and irresolution" of the Obama administration as the main reason for the incident.

Spokesman Sean Spicer said that the attack in Idlib is "reprehensible and cannot be ignored by the civilized world."

But Spicer says the actions of Bashar Assad's regime are a consequence of the Obama administration's "weakness and irresolution" in addressing the Syrian civil war.

Spicer says that former President Barack Obama said he would draw a "red line" at chemical attacks, "then did nothing."

Spicer would not say whether the White House believes Russia played a role in the attack, but said that President Donald Trump has been briefed on the incident.

He says Trump is "extremely alarmed" by this "intolerable act."