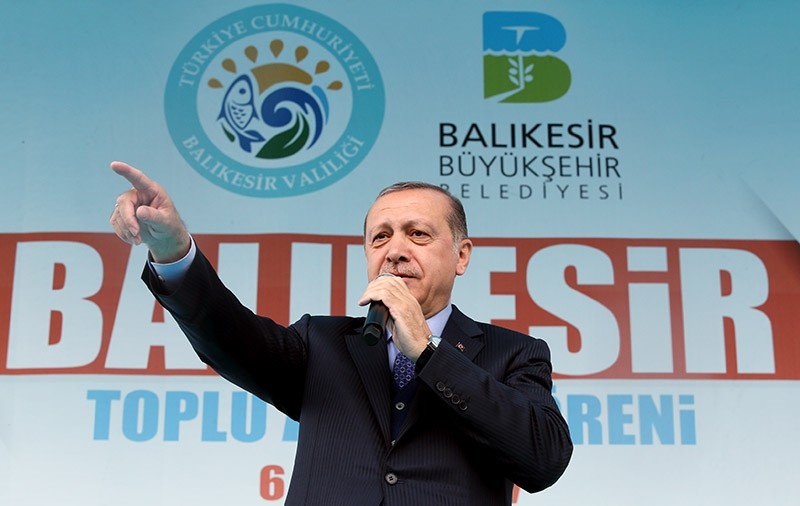 President Recep Tayyip Erdoğan assured Thursday that Turkey will continue to be an advocate of the oppressed and innocent.

Speaking in the Balıkesir province, Erdoğan called Bashar Assad a "murderer" while he asserted that Turkey will do whatever falls on its shoulders.

"The world is keeping silent in the face of these [attacks]. How will you account for this?" the president had said a day earlier, while he noted that 100 civilians, including over 50 children, were killed by the ruthless attack.

Earlier Thursday, Prime Minister Binali Yıldırım said that the massacre of civilians in Syria's Idlib by chemical weapons was a crime against humanity and a war crime.

Speaking in Kilis province, Yıldım also critized those turning a blind eye to the humanitarian crisis in Syria and the practices of the Assad regime.

Meanwhile, Justice Minister Bekir Bozdağ said that the austopsy results of the three deceased Idlib victims confirmed that chemical weapons were used in the April 4 attack.

The tests were conducted by Turkish forensic experts along with Annette Heinzelmann of the World Health Organization (WHO) and Sahar Yazbek and Sami Berrak from the Organization for the Prohibition of Chemical Weapons (OPCW).

The Assad regime carried out a chlorine gas attack in the Khan Shaykun town of Idlib Tuesday, leading to the death of more than 100 civilians and injuring 500 others, mostly children.

As many civilians suffered respiratory problems in dire need of help, Turkey dispatched a total of 30 fully equipped ambulances for rescue operations.

A total of 58 injured Syrians were referred to hospitals in Turkey's southern provinces of Hatay and Gaziantep, after crossing the Cilvegözü border gate.