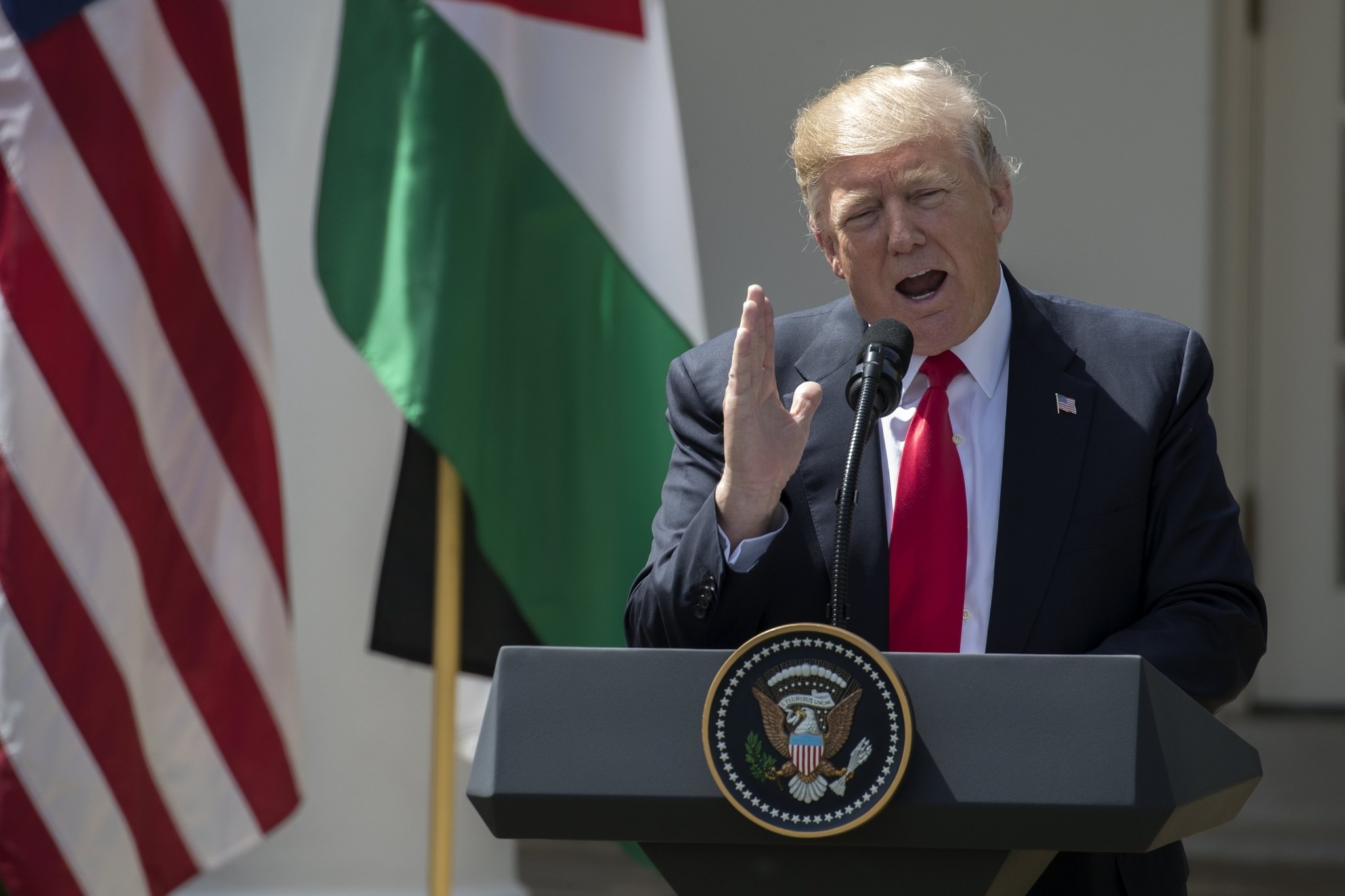 US President Donald Trump told some members of the U.S. Congres Thursday that he is considering a military intervention in Syria upon the Assad regime's recent Idlib chemical attack, according to reports.

According to the sources, Trump had not made a decision about an intervention, however, is discussing a possible action with Defense Secretary James Mattis.

The sources said that Mattis will discuss several options with Trump at his Mar-a-Lago estate in Palm Beach, Florida, including cruise missile strikes from Navy ships.

CNN reported that Pentagon has already presented several options to strike the regime's chemical weapons capability to the administration.

Turkey said Thursday that autopsies of Syrian victims from this week's assault in Idlib province, which occurred 60 miles from the Turkish border, show they were subjected to chemical weapons.

The Turkish Health Ministry said Thursday that "according to the results of the first analysis, there were findings suggesting that the patients were exposed to the chemical substance (Sarin)," without elaborating.

The U.N. children's agency said that at least 27 children were among the more than 100 people killed in the suspected chemical attack in northern Syria.

UNICEF said that another 546 people, including many children, were wounded in Tuesday's attack on the town of Khan Sheikhoun, and that casualty figures are expected to rise.