Syria base no longer operational after US strikes, SOHR says 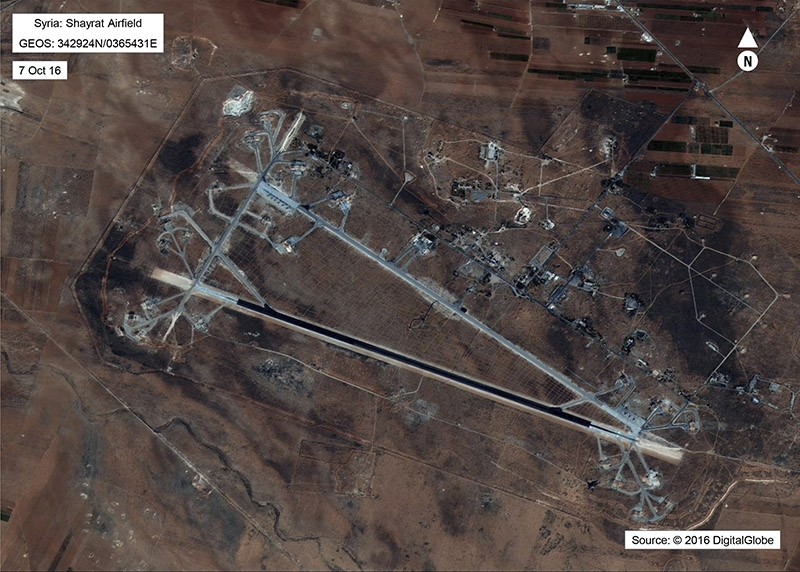 The Britain-based Syrian Observatory for Human Rights said Friday that the U.S. missile strike on a regime air base in response to this week's chemical attack destroyed "almost the whole" base.

"The base is no longer operational after the strikes," Rami Abdel-Rahman, the head of the Syrian Observatory for Human Rights said.

A statement released by the regime army said that six of its soldiers were killed during the attack, and reported severe material damage.

The Syrian Observatory for Human Rights put the death toll at seven, including a general and three soldiers.

The airbase of Shayrat, which was the target of a U.S. missile attack, is a main launch pad for the Assad regime to launch strikes on opposition-held areas in the war-wrecked country, activists and military sources said.

The facility, located south east of Homs in central Syria, is home to warplanes including Russian-made MIG and Sukhoi jets.

Washington has said that the airport is where Assad regime forces launched a chemical weapons attack against an opposition-held area in the north-western province of Idlib earlier this week, killing at least 100 civilians including many children.