Syrian regime warplanes launch raids from Syria base hit by US: monitor 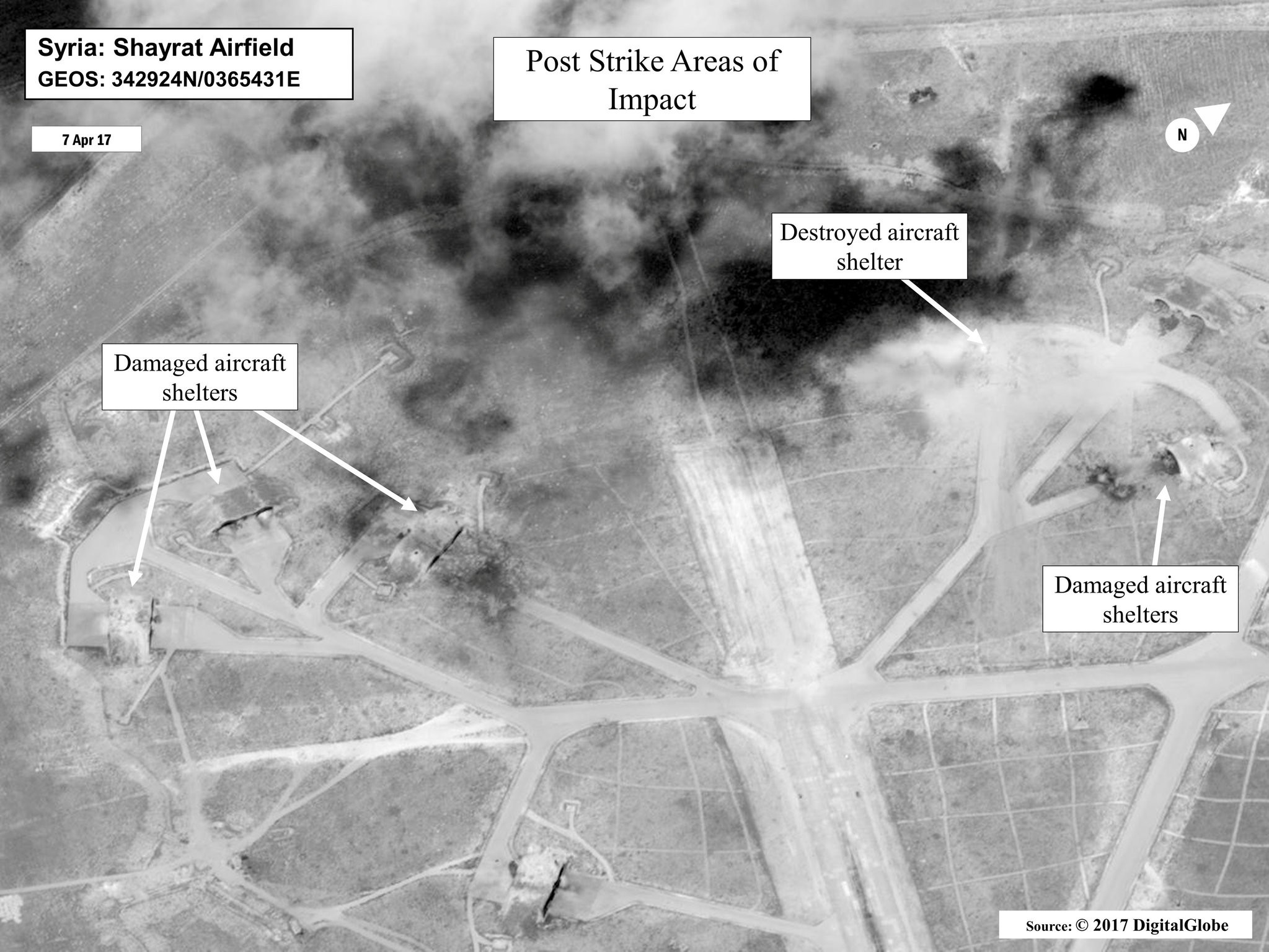 This satellite image released by the U.S. Department of Defense shows a damage assessment image of Shayrat air base in Syria.
by Compiled from Wire Services Apr 07, 2017 12:00 am

Two Syrian regime warplanes took off from a central Syrian regime airbase Friday hours after it was struck by U.S. missiles and carried out bombing raids nearby, a monitoring group said.

The Syrian Observatory for Human Rights said the aircraft "took off from inside the Shayrat base, which is partially back in service, and struck targets near Palmyra".

Early on Friday morning, the U.S. military fired 59 Tomahawk missiles at the Shayrat air field in response to a suspected chemical attack this week that has been widely blamed on the Damascus regime.

"We took precautions in more than one military point, including in the Shayrat airbase. We moved a number of airplanes towards other areas," the source said.

US officials said Russia's military in Syria had been informed of the strike beforehand in order to avoid casualties that could prompt a broader crisis.

The U.S. said the missiles targeted radars, aircraft, and air defence systems and destroyed around 20 Syrian planes, but said the runway was intact.

Russia's military said the strike had an "extremely low" military impact, with fewer than half of the 59 missiles reaching the airbase.