Russian FM Lavrov, US Secretary of State Tillerson discuss US strike on Syria in phone call 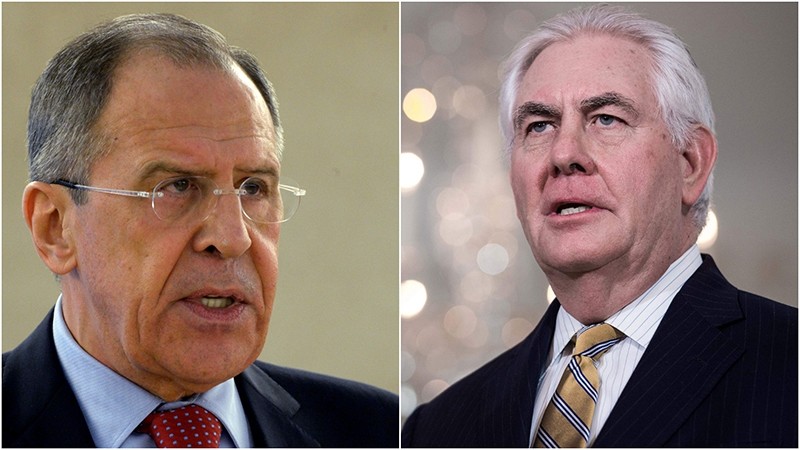 "A country which battles against terrorism is just playing the terrorism game," and "creates regional and global security threats", Lavrov warned Tillerson, according to a Russian foreign ministry statement.

Lavrov also said that the U.S.' claims accusing the Syrian regime of launching the chemical weapons attack in the Khan Shaykhun town of Idlib province on April 4 were "inaccurate and inconclusive."

The Russian foreign minister stressed that it was necessary to conduct a "thorough, impartial investigation" into the chemical attack.

The two diplomats also agreed to continue discussing the situation in Syria next week during a face-to-face meeting as part of Tillerson's 2-day Moscow visit.

On Friday, the U.S. fired 59 Tomahawk missiles at Shayrat Airbase from destroyers in the Mediterranean Sea in response to Tuesday's Assad regime chemical attack in Idlib that left some 100 men, women, and children dead and more than 500 injured.

Washington's allies have welcomed the strikes, while Russia - a major supporter of Assad - has condemned them.

For his part, Tillerson on Friday said he was disappointed" by Russia's reaction "because it indicates their continued support" for the Syrian regime of President Bashar al-Assad.