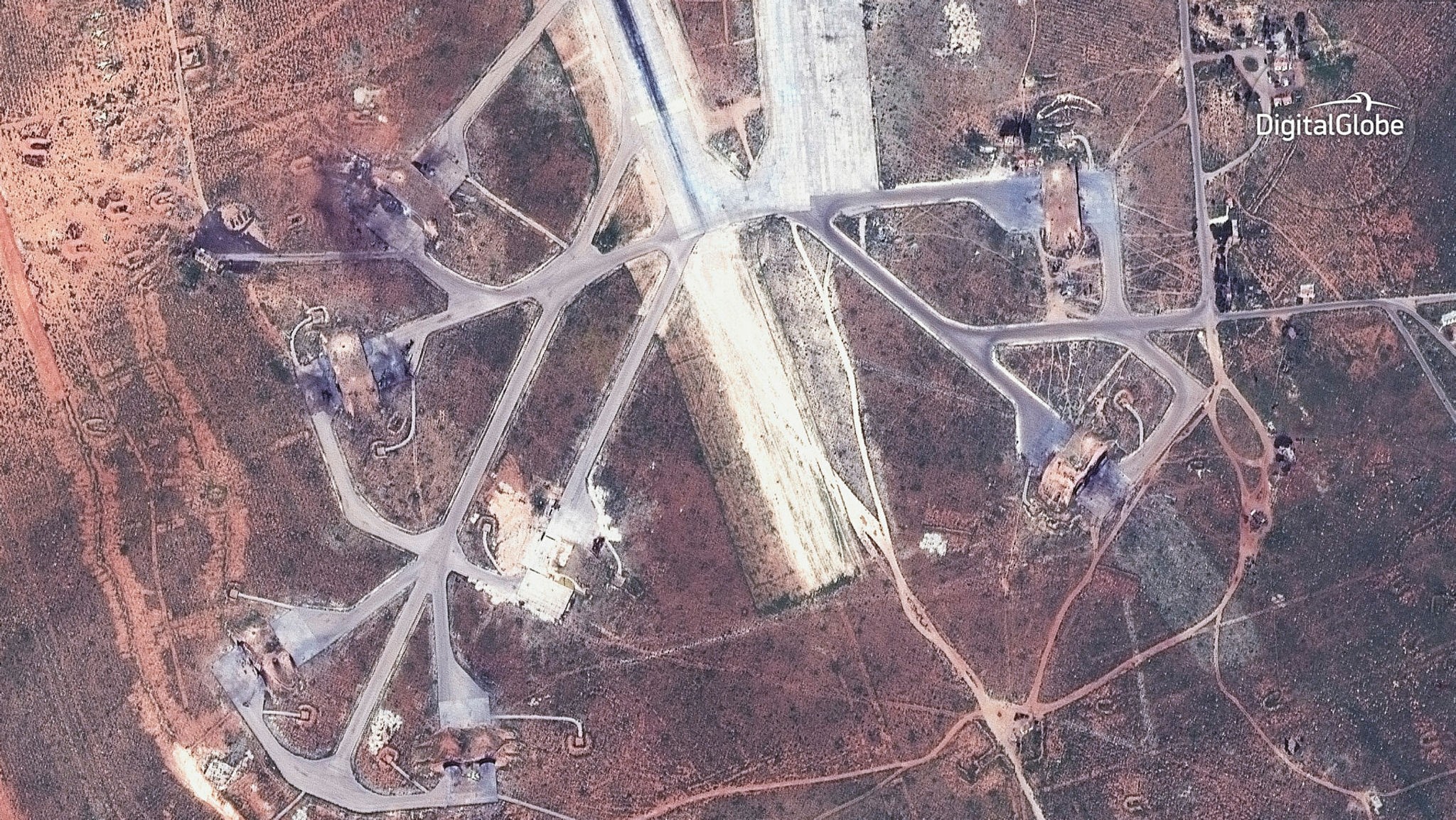 Image captured on April 7 of destroyed aircraft shelters on the southeast side of the Shayrat air base in Syria. (DigitalGlobe via AP)
by Compiled from Wire Services Apr 10, 2017 12:00 am

"The assessment of the Department of Defense is that the strike resulted in the damage or destruction of fuel and ammunition sites, air defense capabilities, and 20 percent of Syria's operational aircraft," Mattis said in a statement.

"The Syrian government would be ill-advised ever again to use chemical weapons," he added.

Trump last week ordered missile strikes against an air field in Syria that U.S. intelligence believes was used to carry out an attack with the chemical agent sarin.