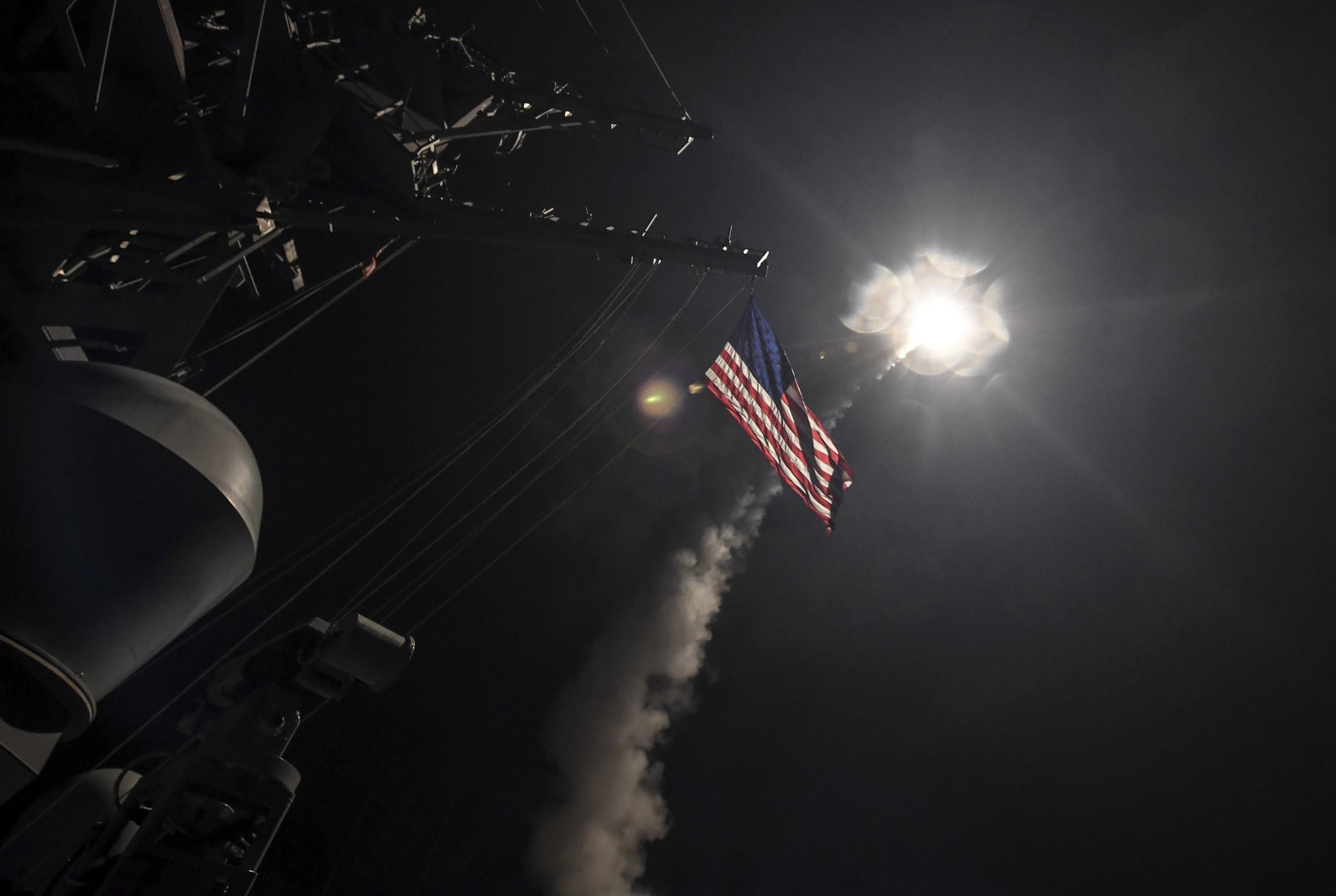 U.S. President Donald Trump is open to authorizing additional strikes on Syria if the use of chemical weapons continues in the country, the White House said on Monday.

"The sight of people being gassed and blown away by barrel bombs ensures that if we see this kind of action again, we hold open the possibility of future action," White House spokesman Sean Spicer said at a briefing on Monday.

Meanwhile, the Pentagon said it believes the Assad regime likely has additional chemical weapons stocks at the airfield struck by US missiles last week, but these were deliberately left untouched, an official said Monday.

President Donald Trump ordered a massive military strike on the air base last week, in retaliation for a "barbaric" chemical attack by Assad.

"We suspected there was a significant probability there could be other chemical weapons which would be ready to go, weaponized in those facilities, and so we didn't strike those," Thomas told reporters.

The chemical stocks were left untouched because the Pentagon did not want to risk unintentionally sending a plume of toxic gas across parts of Syria.