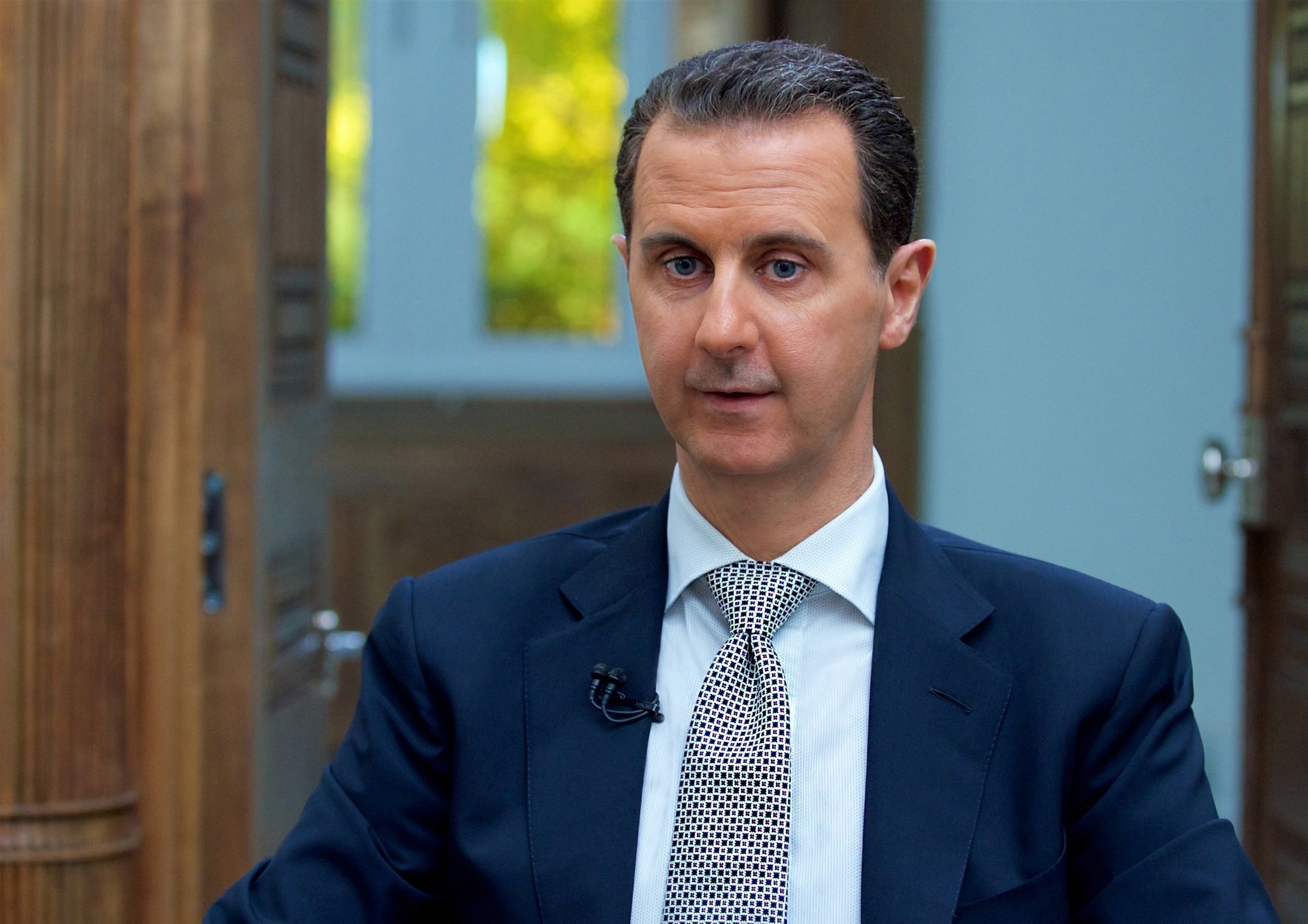 The regime leader Bashar al-Assad said it was "not clear" whether chemical attack on Syria's on Khan Sheikhun had even happened, claiming it was a "fabrication" to justify a US military strike.

In an exclusive interview in Damascus -- his first since the alleged April 4 attack prompted a US air strike on regime forces -- Assad said his army had given up all its chemical weapons and that the regime's military power was not affected by the US strike.

"Definitely, 100 percent for us, it's fabrication," he said in the interview on Wednesday in reference to the alleged chemical weapons attack.

"You have a lot of fake videos now," he said. "We don't know whether those dead children were killed in Khan Sheikhun. Were they dead at all?"

"Our impression is that the West, mainly the United States, is hand-in-glove with the terrorists. They fabricated the whole story in order to have a pretext for the attack."

Western leaders including US President Donald Trump have accused Assad of being behind last week's attack in the oppositin-held town Khan Sheikhun, saying his forces unleashed a chemical weapon during an air strike.

The suspected attack killed over 100 people, including many children, and images of the dead and of suffering victims provoked global outrage.

Damascus denied any use of chemical weapons and Moscow said the deaths had been the result of a conventional strike hitting an opposition arms depot containing "toxic substances".

He insisted several times that his forces had turned over all chemical weapons stockpiles in 2013, under a deal brokered by Russia to avoid threatened US military action.

"There was no order to make any attack, we don't have any chemical weapons, we gave up our arsenal a few years ago," Assad said.

He said his forces had not been diminished by the US strike.

"Our firepower, our ability to attack the terrorists hasn't been affected by this strike."

Trump ordered a strike that saw 59 Tomahawk cruise missiles slam into the airbase in central Syria from where Washington accused Assad's forces of launching the attack.