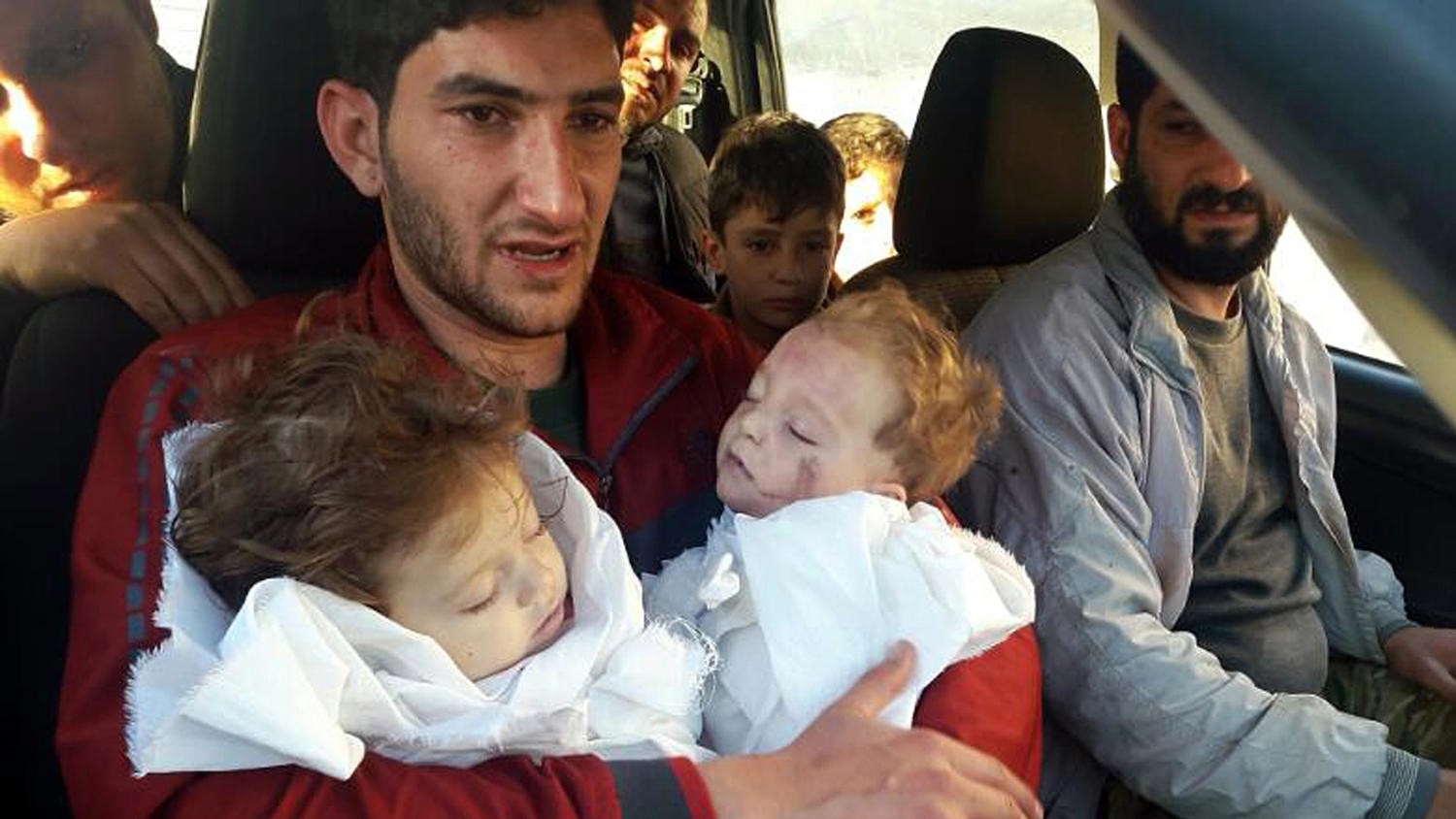 In this picture taken on Tuesday April 4, 2017, Abdul-Hamid Alyousef, 29, holds his twin babies who were killed during an Assad regime chemical weapons attack, in Khan Sheikhoun, Syria. (AP Photo)
by Apr 24, 2017 12:00 am

The United States on Monday blacklisted 271 employees of Assad regime agency it said was responsible for developing chemical weapons, weeks after a poison gas attack killed scores of people in an opposition-held province in Syria.

The U.S. Treasury Department said the 271 employees of Syria's Scientific Studies and Research Center are experts in chemistry and related fields, or have worked in support of the center's "chemical weapons program" since at least 2012, or both.

Some of the people blacklisted had worked on Syria's chemical weapons program for more than five years, the Treasury Department said. The sanction orders U.S. banks to freeze the assets of any employees named, and bans American companies from conducting business with them.

Those designated were "highly educated" individuals likely to be able to travel outside of Syria and use the international financial system even if they may not have assets abroad, administration officials said during a conference call with reporters.

U.S. authorities, he said, would "relentlessly pursue and shut down the financial networks of all individuals involved with the production of chemical weapons used to commit these atrocities."

The sanctions listings are the latest action taken by the Trump Administration in response to the April 4 chemical attack on Khan Sheikhoun that U.S. authorities say killed nearly 90 people, including children. The United States says Assad's forces carried out the attack, while Assad has said the attack is a fabrication.

Earlier this month, the United States launched dozens of missiles against a Syrian regime air base the Pentagon says was used to launch the chemical attack.

President George W. Bush first placed sanctions against the SSRC in 2005, accusing it of producing weapons of mass destruction.

Although the Syrian regime promotes the SSRC as a civilian research center, "its activities focus substantively on the development of biological and chemical weapons," U.S. officials said.

During the Obama administration, the United States in July 2016 sanctioned people and companies for supporting the SSRC, and on Jan. 12, the U.S. Treasury sanctioned six SSRC officials it said were linked to SSRC branches affiliated with chemical weapons logistics or research.