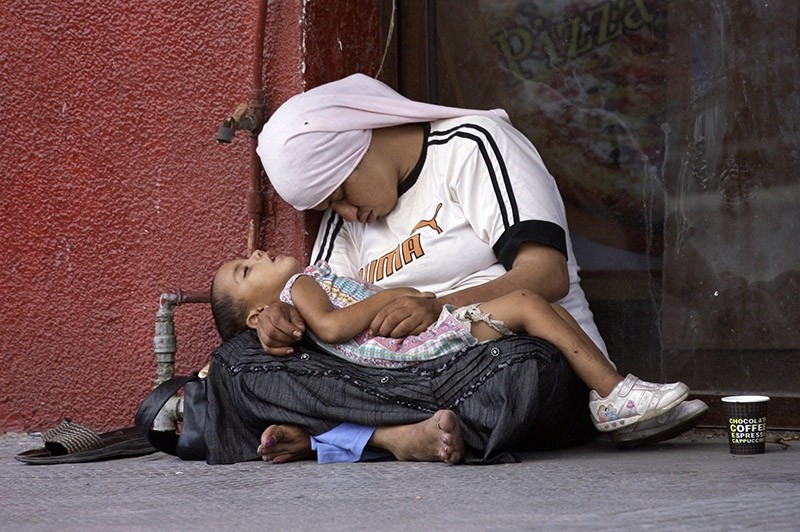 Trade in illegal organs is a booming business in Lebanon as desperate Syrian refugees resort to selling body parts to support themselves and their families, according to an investigation by the BBC.

A trafficker who brokers deals from a coffee shop in Beirut, identified as Abu Jaafar, said while he knew his "booming" business was illegal, he saw it as helping people in need.

He spoke to the BBC journalist Alex Forsyth from his base in a dilapidated building covered by a plastic tarpaulin in a southern Beirut suburb.

"I exploit people, that's what I do," Jaafar told Forsyth.

"I know what I'm doing is illegal but I'm helping people, that's how I see it."

"Some of my clients would have died anyway."

Since the Syrian conflict erupted in 2011, at least 1.5 million people have poured into Lebanon, where they make up around a quarter of the country's population.

Many have no legal right to work, and families are forced to find other ways to pay for food, shelter and healthcare.

According to a report published in June, some 70 percent of refugees in Lebanon are living below the poverty line.

"Those who are not registered as refugees are struggling," Jaafar said in a report aired on BBC television late on Tuesday.

"What can they do? They are desperate and they have no other means to survive but to sell their organs."

Jaafar said in the last three years he had arranged the sale of organs from some 30 refugees.

"They usually ask for kidneys, yet I can still find and facilitate other organs," he said.

"They once asked for an eye, and I was able to acquire a client willing to sell his eye."

The Middle East is becoming a "hot spot" in international organ trade, where the influx of refugees desperate to earn money is providing a new market for brokers, shifting focus from China and the Philippines, Forsyth said, citing experts.

The journalist said despite difficulties organs could be exported to buyers around the world, while sometimes refugees were being flown to nearby countries for surgery using fake papers.

Jaafar said he drives blindfolded people who agreed to sell their organs to a hidden location on a designated day, where prior to surgery they undergo basic blood tests.

Sometimes the doctors operate in rented houses that are transformed into temporary clinic.

"Once the operation is done I bring them back," Jaafar said.

"I keep looking after them for almost a week until they remove the stitches. The moment they lose the stitches we don't care what happens to them any longer."

"I don't really care if the client dies as long as I got what I wanted. It's not my problem what happens next as long as the client gets paid."

Jaafar's most recent client, a 17-year-old Syrian boy had sold his kidney for 6,500 pounds ($8,300) to pay off debts and support his mother and five sisters.

Two days later, lying in the back room of a coffee shop he said he's in constant pain.

"I already regret it but what can I do," the teenager said. "I didn't want to do this but I'm desperate. I had no other choice."