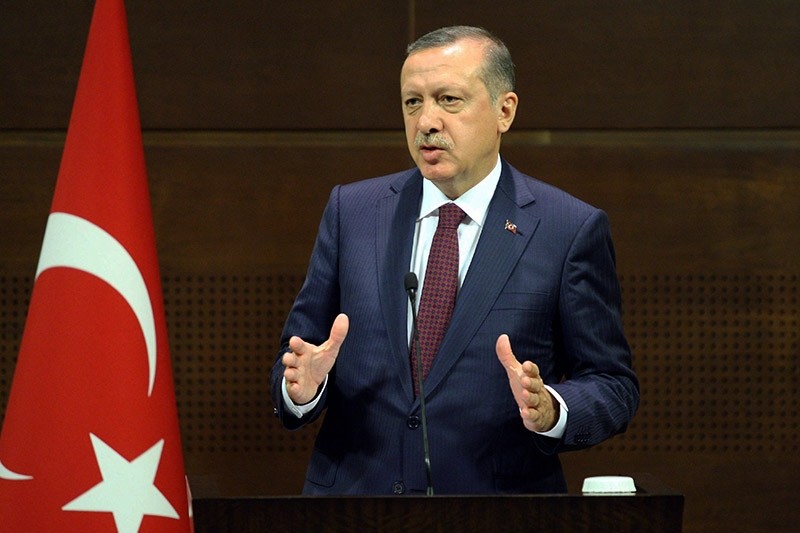 Erdoğan discussed with his Russian counterpart Vladimir Putin Wednesday a plan floated by Moscow for "de-escalation zones" to be establishedn several areas in Syria.

Speaking to Turkish reporters aboard his plane flying back from the meeting in the Black Sea resort of Sochi, Erdoğan said such zones would include Idlib, part of Aleppo province, El-Rastan in Homs province, a part of Damascus and part of Daraa.

"I hope that if this is implemented then 50 percent of the Syrian issue can be solved," he said.

Details on what the de-escalation zones would comprise have been thin so far but Erdoğan described the plan as a "new concept" and distinct from Ankara's previous proposals for terror-free safe zones.

Turkey and Russia have been on sharply opposing sides in the Syria conflict, with Moscow supporting Bashar al-Assad but Ankara pushing for his ouster.

Relations reached a dangerous low in November 2015 when Turkish warplanes shot down a Russian fighter jet over the Syrian border.

But a normalisation deal was reached last year and the two sides have been working ever more closely in a joint effort to end the fighting in Syria.

Yet tensions remain, and Erdoğan said he had personally shown Putin at the talks a photograph showing Russian forces in Syria with YPG terrorists.

He said Putin promised that Russian weapons were not ending up in the hands of the YPG militants and vowed to investigate the picture.

Turkey and Russia have also championed peace talks taking place in the Kazakh capital Astana but these hit a snag Tuesday when moderate Syrian opposition officials said Wednesday they were suspending their participation after air strikes.

But Erdoğan said the issue had been solved after intervention by intelligence chief Hakan Fidan.

"Mr Fidan immediately stepped in, had discussions and the opposition were again satisfied to take part in the talks," Erdoğan said.

"So Astana is going to continue," he concluded.