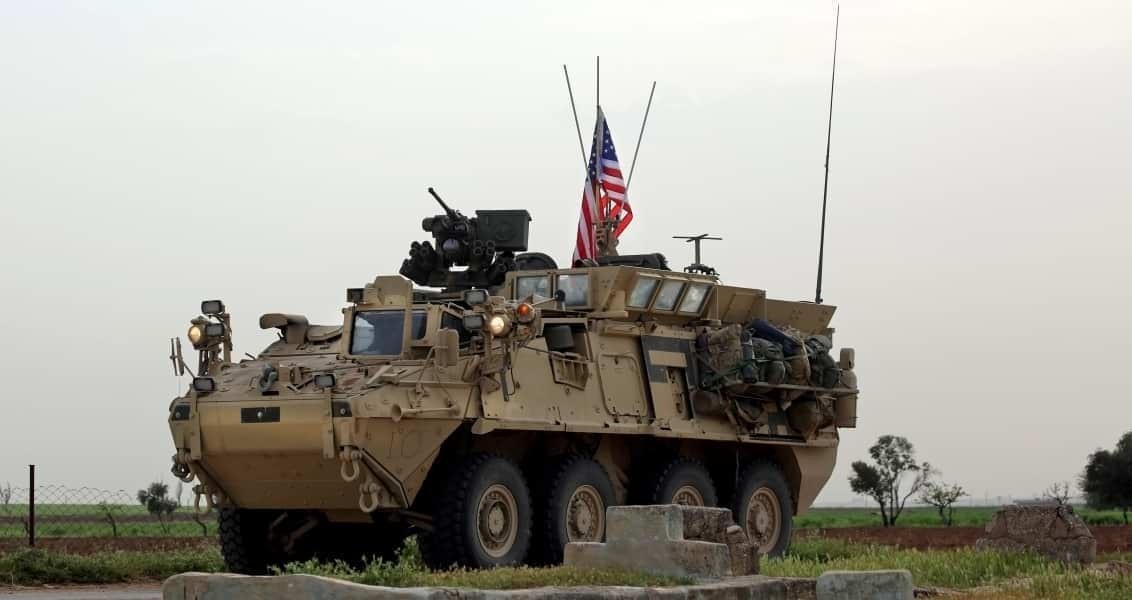 US forces, accompanied by YPG fighters, drive their armoured vehicles near the northern Syrian village of Darbasiyah, on the border with Turkey on April 28, 2017. (AFP Photo)
by Daily Sabah with Agencies May 09, 2017 12:00 am

A senior U.S. official said Tuesday that the Trump administration has approved providing heavier weapons to the People's Protection Units (YPG), the Syrian affiliate of the PKK.

"The approval is effective immediately but the timeline for weapons delivery is to be refined," the official said.

The decision comes despite sharp objections from Turkey.

Washington and Ankara disagree on the forces that should be utilized against Daesh in the military operation to liberate Raqqa. Turkey believes that the U.S.'s partnering force, the YPG/PYD, is the extension of the PKK, a terrorist organization recognized by the U.S. and Turkey.

After lengthy deliberations, the administration approved plans to provide additional weaponry to the YPG. A full list wasn't immediately available, but officials had indicated in recent days that 120mm mortars, machine guns, ammunition and light armored vehicles were possibilities. They said the U.S. would not provide artillery or surface-to-air missiles.

The U.S. officials who disclosed the Trump administration decision weren't authorized to publicly discuss the matter and demanded anonymity. A congressional aide said officials informed relevant members of Congress of the decision on Monday evening.

"We are keenly aware of the security concerns of our coalition partner Turkey," Pentagon spokeswoman Dana White, who is traveling with Defense Secretary Jim Mattis in Lithuania, said in a statement following the announcement.

"We want to reassure the people and government of Turkey that the U.S. is committed to preventing additional security risks and protecting our NATO ally."

The decision to arm the YPG was announced just hours after Pentagon chief Jim Mattis met with Basat Öztürk, the deputy undersecretary at the Turkish defense ministry, in Denmark at an anti-Daesh coalition summit.

However, U.S. officials have insisted that there is no real alternative, and the U.S. has continued to back the YPG with training and air support. Turkey has long argued that the military support given to the YPG/ PYD will ultimately be used against Turkey. As such, the YPG/ PYD's existence in northern Syria has been considered a national security threat.