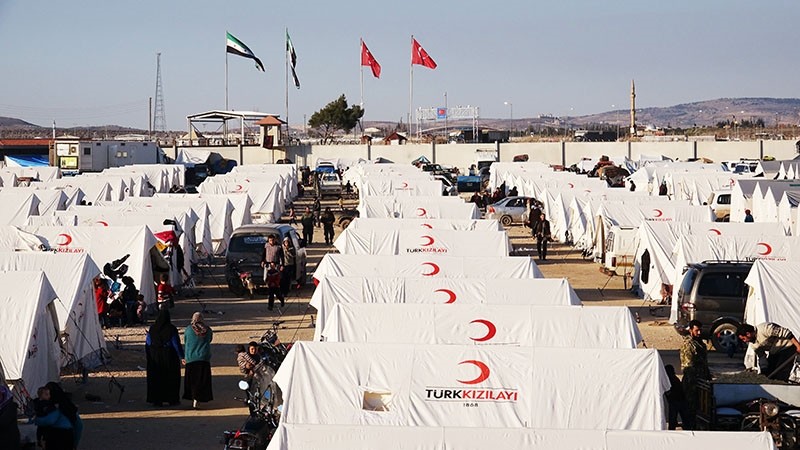 Turkey has shown the world how generous a society can be by hosting 3 million Syrian refugees, a UN representative in the country told Anadolu Agency.

"[…] Our secretary general has mentioned it many times that Turkey is an example. Hosting 3 million refugees is a tremendous strain but it is a show of generosity," said Irena Vojackova-Sollorano, UN resident coordinator and UN Development Programme resident representative for Turkey since December last year.

"We wish that other countries would show such generosity as well," she added.

Vojackova-Sollorano also gave details of Turkey-UN projects in the country:

"We want to support them so that the refugees who are in need of the protection, they continue to receive the protection that they have received so far," she added.

Vojackova-Sollorano said the UN was supporting refugees in Turkey in two main areas, education and employment.

Through the United Nations Children's Fund (UNICEF) the agency supports schooling for children as well as for adults, she added.

"So it is the education of the Turkish language, which is absolutely key for refugees to find employment and to be able to integrate into society," she added.

According to the latest data from the country's higher education board, the number of Syrian students in Turkey has risen to 15,000 from just 600 five years ago.

She also addressed the issue of unemployment.

"[We are] doing vocational training, bringing people up to speed into what the Turkish labor market needs so that the refugees can get employment," she said

Vojackova-Sollorano also highlighted the importance of supportive host communities and municipality services that are sufficient enough to take care of the refugees.

"We have municipalities where you have nearly half a million of refugees [...]. That is a big strain on not only the services but also on the health sector and education," she added.

"It is happening as we speak, there are many agencies that already have their regional offices or technical offices in Istanbul."

"Istanbul is a wonderful location," she said. "I think it is a very good policy of the government to make Istanbul an important hub for the UN," she added.

Turkey is home to nearly three million Syrian people according to the Turkey's Directorate General of Migration Management.

This number accounts for around 45 percent of all Syrian refugees in the region, according to the UN.