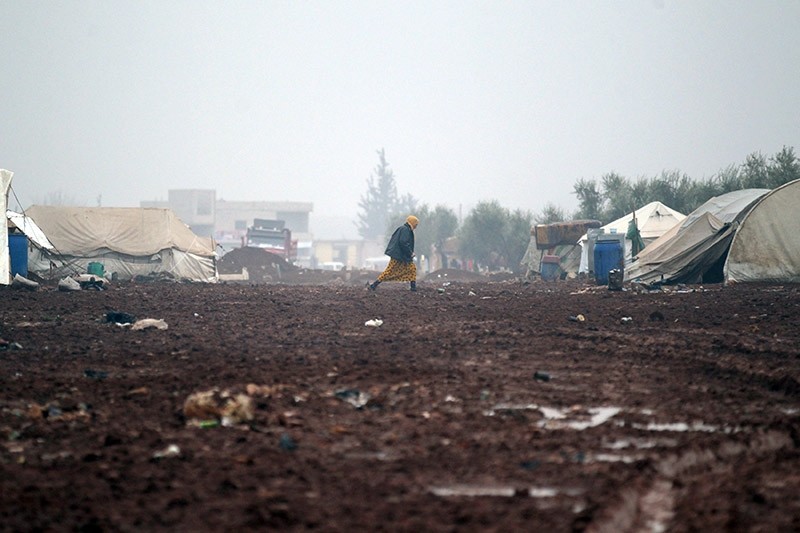 Two car bombs killed at least six people and wounded several others in Syria's sprawling Rukban refugee camp near the border with Jordan late on Monday, an opposition official and a resident said, in an attack claimed by the Daesh terrorist group.

One explosion was near a restaurant and the second targeted the camp's market nearby, they said.

"There are at least six civilians dead and the number is expected to rise," said Mohammad Adnan, an opposition official from Jaish Ahrar al-Ashair who runs the policing of the camp.

Daesh said in a statement on its Amaq news agency its fighters "carried out the Rukban camp attack", according to the U.S.-based SITE monitoring group. It gave no further details.

In January, a car bomb killed a number of people in the camp, and Daesh terrorists have since launched attacks on Syrian opposition in the area.

Rukban, near the joint Syria-Iraq-Jordan border, is home to refugees and also to opposition groups, including the Jaish Ahrar al-Ashair, which fight both the Assad Regime and Daesh terrorist group. It was also hit by bomb attacks last year.