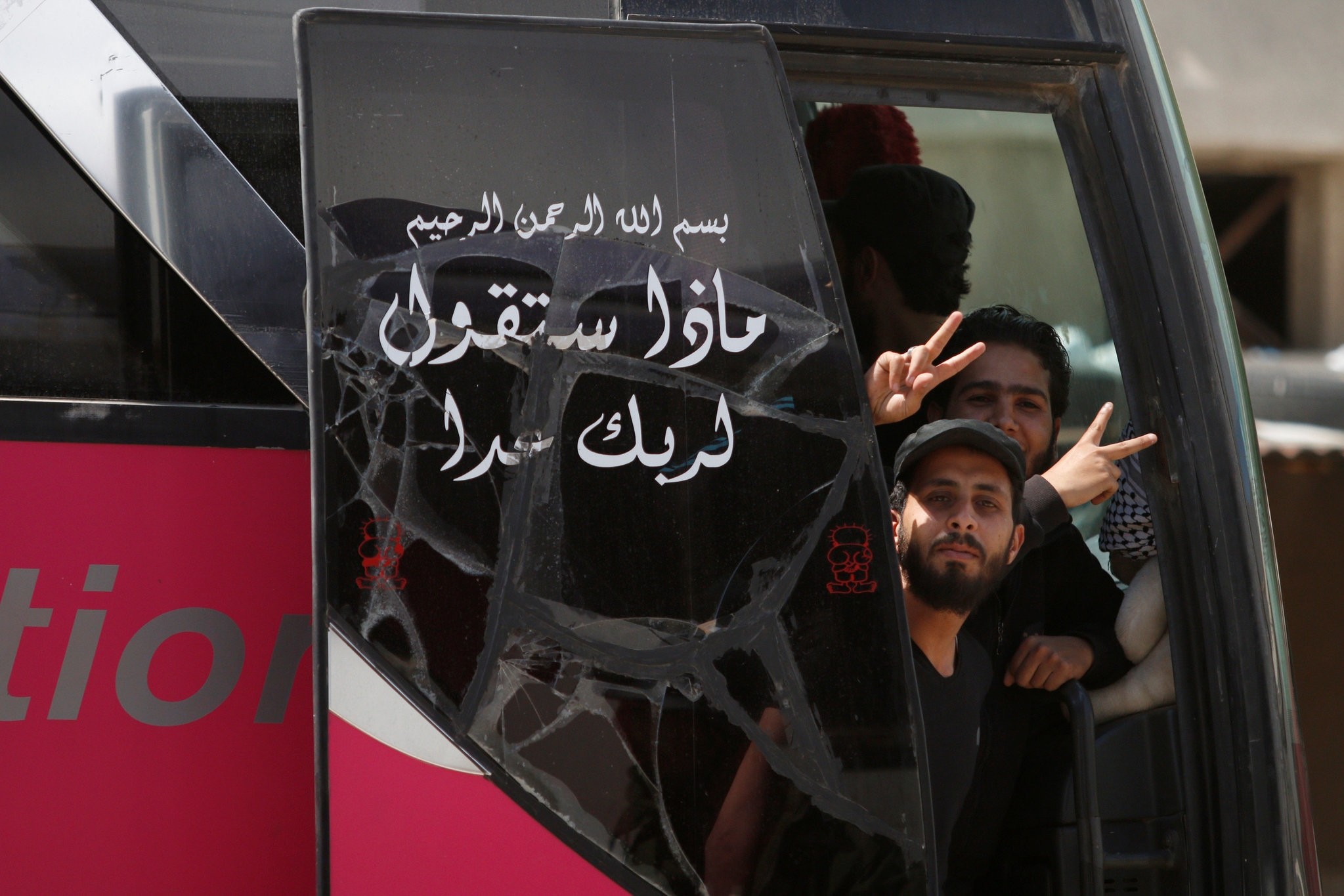 The last Syrian opposition members and their families were being evacuated from the last opposition-held neighborhood of the central city of Homs on Saturday, the provincial governor said.

Talal Barazi told AFP that 3,000 evacuees, including 700 opposition members, were due to be taken out of Waer district by the end of the day or dawn on Sunday.

"The last evacuation of opposition fighters, their families, and civilians who wish to leave Homs, is under way. It is the last group," Barazi said.

The Russian-supervised operation began two months ago and has been carried out over several weeks.

Under the deal, opposition fighters are granted safe passage by the Assad regime out of Homs to opposition-held areas elsewhere in Syria.

An AFP correspondent saw dozens of people carrying belongings including rugs, mattresses and bird cages as they prepared to board buses.

Soldiers and vehicles from the regime ally Russia were seen on the outskirts of Waer.

Under the deal, between 600 and 100 Russian soldiers will deploy in Waer to provide security for residents who still live there or for those who were displaced by fighting and wish to return home.

The evacuation of Waer will bring Assad regime closer to cementing its control over more parts of the war-wracked country.

Earlier this month, opposition parties also began evacuating the last districts under their control in the capital Damascus, following their defeat in second city Aleppo in December.