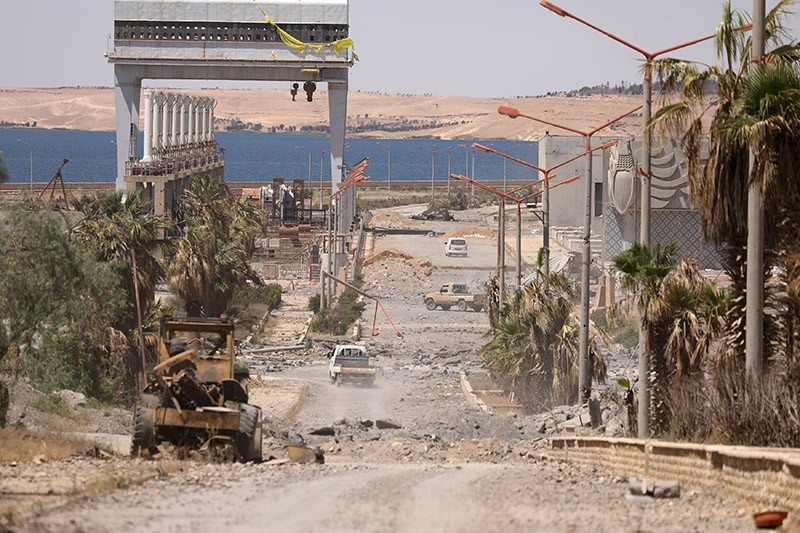 The defence ministry in Moscow said Russian aviation bombed Daesh convoys leaving Raqqa to the south in the direction of the ancient city of Palmyra on May 25 and overnight from May 29 to May 30.

The second strike destroyed dozens of cars and pickup trucks and killed scores of Daesh terrorists, the ministry claimed in a statement.

"Russian commanders in Syria have warned that any attempt by Daesh terrorists to leave Raqa through the open corridor towards Palmyra will be decisively intercepted," the ministry said.

The latest announcement comes a day after Moscow said it fired four cruise missiles from a submarine and warship in the Mediterranean Sea at Daesh terrorists who had moved close to Palmyra from Raqqa.

The U.S.-backed alliance Syrian Democratic Forces, which is dominated by the PKK's Syria offshoot, is closing in on Raqqa from the north, west and east, but has not yet battled its way to areas south of the city.

Russia has previously suggested that Kurdish forces have wilfully allowed Daesh to leave the city in the direction of territory controlled by the Assad regime.

Russia has been flying a bombing campaign in Syria since 2015 in support of the Assad regime, while the U.S. has been leading a coalition mainly targeting Daesh.

Russian-backed forces retook the UNESCO World Heritage site of Palmyra from Daesh in March after terrorists ousted them from the oasis city.