US convoy set out to resupply YPG in northern Syria 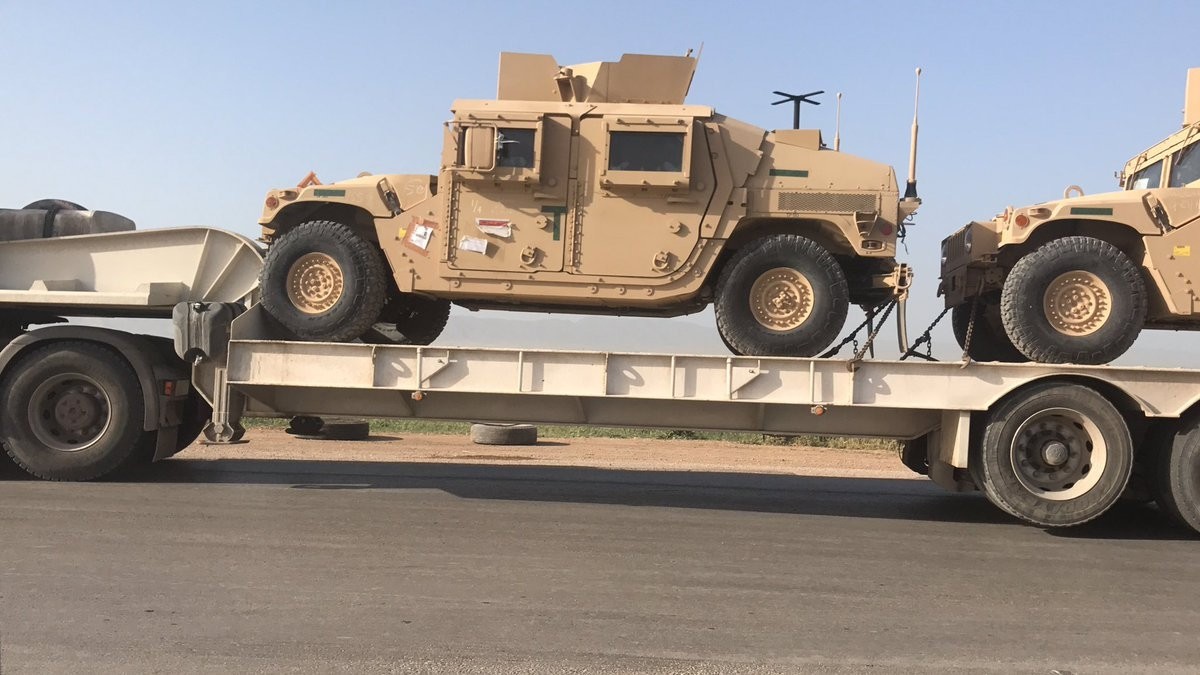 The US armoured vehicles are being transferred to the YPG forces in the Qamishli city of northern Syria on the border with Turkey. (File Photo)
by Anadolu Agency Jun 02, 2017 12:00 am

A convoy of 70 trucks carrying military equipment set out from a U.S. airbase in Syria's northeastern Hasakah province on Thursday, according to information received by an Anadolu Agency correspondent.

The convoy, which is currently en route to the northern city of Raqqa, reportedly includes several 4x4 vehicles.

The U.S. military has continued to support the PKK terror organization's Syrian affiliate the Democratic Union Party's (PYD) armed wing, the People's Protection Units (YPG) terrorist group on the pretext that it is fighting the Daesh terrorist group.

With the latest deliveries, a total of 218 truckloads of equipment will have been delivered to the PYD north of Raqqah within the last three weeks.

The PKK has fought a 33-year war against Turkey and is listed as a terror group by both the U.S. and EU.

After a hiatus, the terrorist group resumed an armed campaign against Turkey in 2015. Since then, it has been responsible for the deaths of some 1,200 Turkish security personnel and civilians, including women and children.

Despite the PKK's designation as a terrorist group, the U.S. has continued to support the PYD in Syria, especially within the context of the fight against Daesh.

Earlier this month, U.S. President Donald Trump pledged to arm the group in advance of a planned attack on Raqqa, Daesh's last remaining stronghold in Syria.