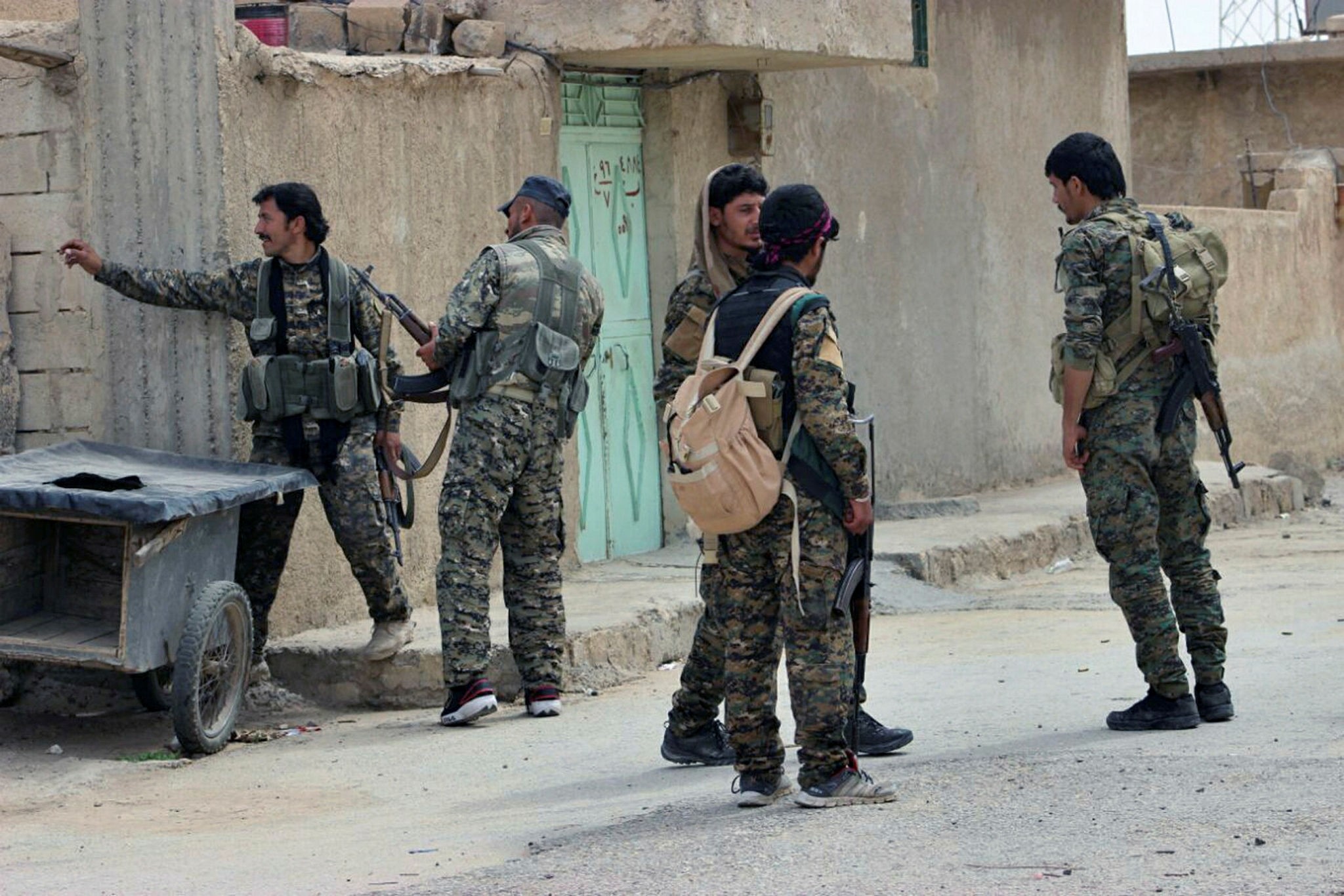 The U.S.-backed Syrian Democratic Forces (SDF), which is mostly comprised of the PKK terrorist organization's Syrian wing the PYD, launched an attack on Tuesday against another terrorist group, Daesh, to recapture its so-called 'capital' Raqqa.

Turkey expressed its reservations regarding the operation earlier in the same day, with Prime Minister Yıldırım saying that Turkey will "give the appropriate reply immediately," should any threat stemming from PYD activities near Turkish border occur.

The SDF's spokesman Talal Silo later told Reuters the operation started on Monday and the fighting would be "fierce" because Daesh will "die to defend their so-called capital". The assault overlaps with the final stages of the U.S.-backed attack to recapture the Iraqi city of Mosul from Daesh terrorists. It follows months of advances to the north, east and west of Raqqa by the SDF, which includes Arabs and PYD terrorists. Daesh captured Raqqa from rebel groups in 2014 and has used it as an operations base to plan attacks in the West.

Silo said the assault had begun from the north, east and west of the city, which is bordered to the south by the River Euphrates. The commander of the Raqqa campaign, Rojda Felat, told Reuters that SDF fighters were attacking the al-Mishlab district at the city's southeastern outskirts, confirming an earlier report by the Syrian Observatory for Human Rights.

"The coalition has a big role in the success of the operations. In addition to warplanes, there are coalition forces working side by side with the SDF," Silo said by phone from the Hukoumiya farms area, 10 km (6 miles) north of Raqqa, where the SDF later declared the start of the assault.

A Reuters witness at the location could hear the sound of heavy shelling and air strikes in the distance. The U.S.-led coalition said the fight for Raqqa would be "long and difficult" but would deliver a "decisive blow to the idea of ISIS as a physical caliphate," using an alternative acronym for the terrorist group.

"It's hard to convince new recruits that ISIS is a winning cause when they just lost their twin 'capitals' in both Iraq and Syria," a coalition statement cited Lt. Gen Steve Townsend, the coalition commanding general, as saying. "We all saw the heinous attack in Manchester, England," said Townsend. "ISIS threatens all of our nations, not just Iraq and Syria, but in our own homelands as well. This cannot stand."

"Once ISIS is defeated in both Mosul and (Raqqa), there will still be a lot of hard fighting ahead," he said. Security officials in the West have warned of increased threat of attacks such as last month's Manchester suicide bombing and Saturday's attack in London as Daesh loses ground in Syria and Iraq. Both attacks were claimed by Daesh terrorists. An Arab group fighting with the SDF, the Syrian Elite Forces, which was established in February, had entered al-Mishlab with coalition air support, its spokesman Mohammed al-Shaker said by phone.

"The Syrian Elite Forces one or two hours ago entered the first quarter of Raqqa, which is al-Mishlab quarter, via the eastern front," he said. The Observatory said the SDF had captured some buildings in the al-Mishlab area and Daesh fighters had withdrawn from parts of the district. The Observatory also said an attack was underway against a military barracks, Division 17, on the northern outskirts of Raqqa. The U.S.-led coalition has said 3,000-4,000 Daesh fighters are thought to be holed up in Raqqa, where they have erected defenses against the anticipated assault. The city is about 90 km (56 miles) from the border with Turkey.

Fighting around Raqqa since late last year has displaced tens of thousands of people, with many flooding camps in the area and others stranded in the desert.

The U.N. human rights office has raised concerns about increasing reports of civilian deaths as air strikes escalate. The Raqqa campaign has "resulted in massive civilian casualties, displacement and serious infrastructure destruction" so far, it said in a May report. Daesh militants have also reportedly been preventing civilians from leaving, it said.

The U.S.-led coalition says it tries to avoid civilian casualties in its bombing runs in Syria and Iraq and investigates any allegations. It is unclear how many civilians remain in Raqqa. U.N. humanitarian spokesman Jens Laerke told Reuters that, for its planning purposes, the U.N. estimates there are approximately 160,000 people left in the city, but said this was not a formal estimate. Humanitarian aid organization International Rescue Committee said 200,000 people were still trapped inside, and warned civilians in Raqqa risk being killed by Daesh snipers or mines if they try to flee but could be used by the militants as human shields if they remain.

"The IRC has seen a drop in the number of people escaping Raqqa over the past week," its Middle East Director of Public Affairs Thomas Garofalo said, adding this may indicate Daesh intended to use them as human shields.

The Raqqa campaign has been the source of tension between the United States and Turkey, as the PYD and its armed wing YPG have close ties to the PKK, which is recognized as a terrorist group by Turkey, US and the EU. The YPG terrorists have been the main partner for the United States in its campaign against Daesh in Syria, where the group is also being fought in separate campaigns waged by the Russian-backed Assad regime and the moderate opposition forces, the Free Syrian Army (FSA). The United States last week said it had started distributing arms to the YPG to help take Raqqa.

The SDF has said it will hand control of Raqqa to a civilian council after its capture, as in other areas the SDF took from Daesh. The SDF and YPG control a swathe of northeastern Syria from the Iraqi border to the city of Manbij on the western banks of the Euphrates. The PYD terrorists aim to connect the Azez and Manbij pockets in order to form a corridor, but Turkey's Operation Euphrates Shield launched last year against Daesh terrorists also prevented them from creating that terror corridor.